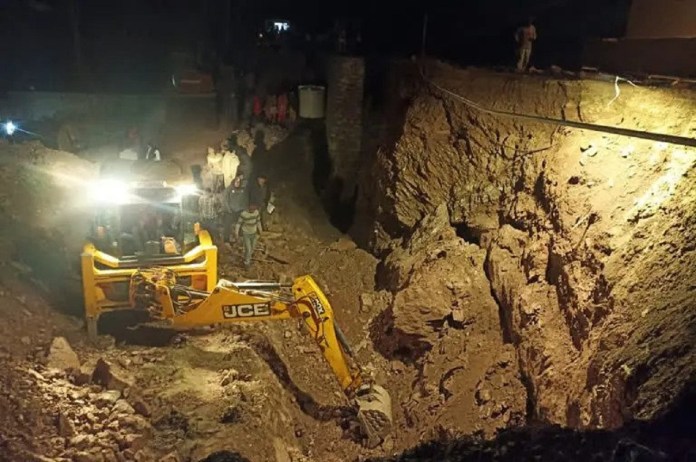 New Delhi: Three labourers, reportedly from Nepal, were killed in landslide during construction work in Himachal Pradesh’s Solan on Wednesday.

Today dated 16/11/2022 at 07:50 PM as per information received from DEOC Solan, a landslide occurred near Anji Matla Sihardi Brahmana Dharmpur subdivision Kasauli. In this incident, 03 persons died and all three dead bodies have been recovered. @HPSDMA @ddma_solan

According to the initial reports, the construction work of a private school was going on in the Dharampur village. In the evening, huge debris came down from the hill killing the three Nepali labourers.

Two died on the spot, while the third labourer, who was buried under the debris, was rescued dead.

Local reached the spot and started the rescue operation.