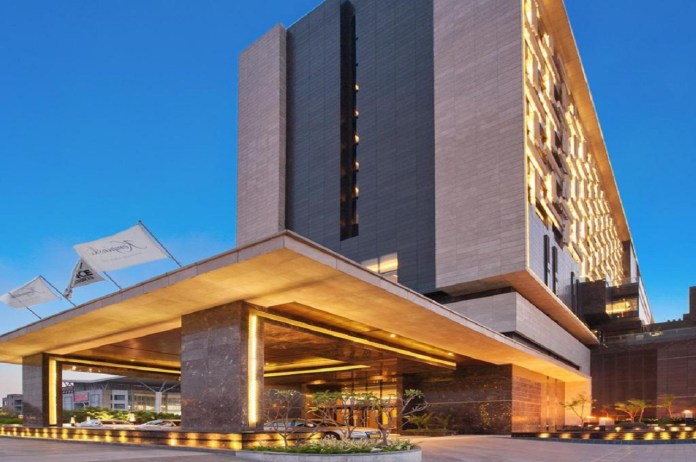 Gurugram: The Leela Hotel in Gurugram received a bomb threat on Tuesday morning. After the information, the police reached the spot and evacuated the hotel as a precautionary measure.

After a search of about one and a half hours, the information was found to false. The call was found to be fake and the police is now looking for the caller.

Haryana | A bomb threat call received at a five-star hotel in a mall in Gurugram. Police present at the spot: Vikas Kaushik, ACP, DLF

All the rooms were evacuated after the threat

According to the information, the hotel was completely evacuated after the threat call. Bomb disposal squad and dog squad were called to the hotel to search the bomb. Nothing was found after an hour and a half search.

According to news agency PTI, at around 11:35 am, a threat call was received at The Leela Hotel located in the Ambience Mall complex. After this, the police was immediately informed and the hotel was evacuated.

A senior police officer present on the spot said that the number from which the call had come was found to be switched off, when tried again. At present, the details of the said mobile number are being extracted.

The Leela Hotel is located on the Delhi-Gurugram border. Talking to the media soon after the threat call, ACP Vikas Kaushik said that a team of police and a bomb squad reached the spot.

After a search operation that lasted for one and a half hours, the Gurugram Police found that the information about the bomb was fake, he added.

During the search operation the Leela Hotel was completely evacuated and a team has been formed to arrest the unknown caller. Gurugram Police said that the cyber cell and cyber crime team are looking for the accused.

After receiving the call, the Leela Hotel has also increased the number of security personnel.