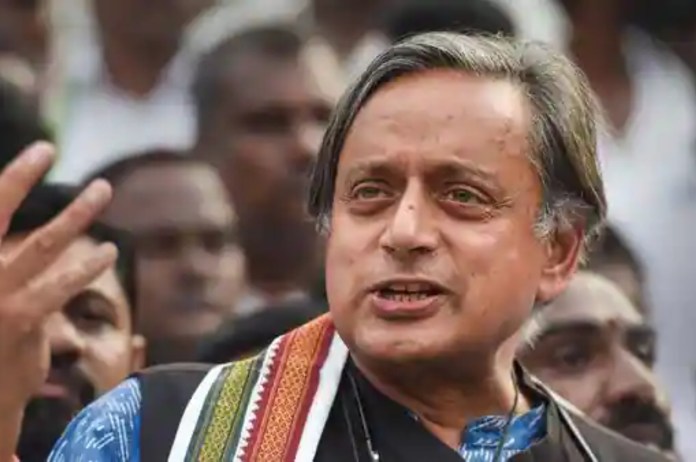 New Delhi: Shashi Tharoor, a rival candidate, said no party office-bearer is allowed to support any candidate competing for the top position in the party. This was a subtly directed criticism at Rajasthan Chief Minister Ashok Gehlot, who had tweeted in favour of veteran Congress politician Mallikarjun Kharge’s candidacy.

“There are clear instructions that no party office-bearer, Chief Minister or Pradesh Congress Committee chief should support or campaign for any candidate,” Tharoor said at the party office in Bhopal on Friday.

The two contenders for the October 17 Congress presidential election are Shashi Tharoor and Malllikarjun Kharge. The Kerala MP travelled to Bhopal to enlist the aid of regional party officials and delegates.

According to Tharoor, the Central Election Authority (CEA), which is in charge of holding impartial elections within the party, must take appropriate steps in response to Gehlot’s comments.

After Ashok Gehlot posted a video in support of Mallikarjun Kharge on Twitter the day before, expecting that delegates would choose him as the new party leader, he made his comments.

“Kharge has a connection with party workers and leaders, and can hold dialogue with all opposition parties, which is needed today. I hope all delegates will help Mallikarjun Kharge succeed with a huge majority,” Gehlot said in a video message on his Twitter account.

Gehlot shared the video in response to Tharoor’s claims of a “Uneven Playing Field” as the party chose its first leader who was not a Gandhi in more than 20 years.

“There are certainly aspects that imply an uneven playing field,” Mr Tharoor said, revealing that some leaders had told him they were “under pressure” to back Mr Kharge.

Additionally, he said that during his campaign for the internal polls in numerous states, state party chiefs had been “unavailable.”

“I have seen in many places, the PCC (Pradesh Congress Chief), CLP (Congress Legislature Party) leaders and big leaders welcome Mallikarjun Kharge, sit with him, invite people and tell them to be present. All this happened for one candidate but never for me,” Tharoor said.

Gehlot wasn’t the only one to back Kharge’s candidacy; Manish Tewari, a member of the G-23 group (seeking reforms inside Congress), did as well.