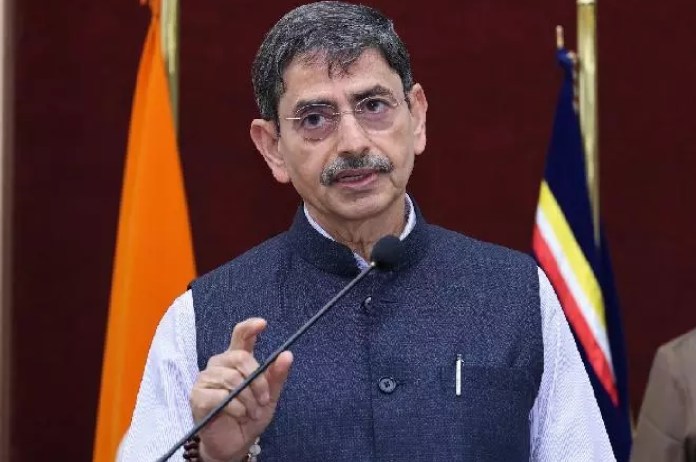 Chennai: A huge ruckus broke out in the Tamil Nadu Assembly on Monday when Governor R N Ravi began his customary address of the opening session.

Members of the ruling Dravida Munnetra Kazhagam (DMK) and their allies such as the Congress and the Viduthalai Chiruthaigal Katchi (VCK) started raising slogans against the Governor.

This comes after ther controversial remarks made by the Govenor over name of the state. He said that ‘Tamizhagam’ rather than ‘Tamil Nadu’ would be more appropriate name for the State.

The Governor faced the anger by the DMK MLAs who said, “don’t impose BJP, RSS ideology.”

The DMK and allies opposed the Governor’s stand and accused him of toeing the BJP’s ideological position.

“This is not Nagaland, this is proud Tamil Nadu,” the legislators raised sloganeering.
However, Governor Ravi continued delivering his address amid the uproar.

There was also a demand to ban online gambling by the leaders in the assembly.
Legislators protested putting the blame on the Governor who has not yet given his assent to the Bill banning online gambling.

The state is witnessing a tussle between the ruling DMK regime and the Raj Bhavan over several bills which are pending with the Governor including the one prohibiting online gambling, and wager-based online games of chance of Rummy.

In total, 21 Bills are pending with Raj Bhavan as of December 2022. An ordinance barring online gambling was promulgated on October 1, 2022, and a gazette notification was made by the government in this regard that was passed and sent to Raj Bhavan for assent to replace that ordinance.

The Assembly met on October 17, 2022, for a brief session and a Bill to replace that ordinance.

On Wednesday, the Governor sparked a fresh controversy when he remarked that for the name of the State “Thamizhagam would be more appropriate than Tamil Nadu.”

Everything applicable for the whole of the country, Tamil Nadu will say no,” the Governor said while speaking at a function held in Raj Bhavan to felicitate the organisers and volunteers of Kashi-Tamil Sangamam.

“It has become a habit. So many theses have been written–all false and poor fiction. This must be broken. Truth must prevail. In fact, Tamil Nadu is the land which holds the soul of Bharat. It is the identity of Bharat. In fact, Thamizhagam would be the more appropriate word to call it,” the Governor said.

DMK Treasurer and MP TR Balu criticised Governor Ravi and said he should stop acting as a second State President of BJP.

“Governor RN Ravi on a daily basis passes some controversial comments to create confusion, separation and conflict. The governor said ‘People have been cheated during 50 years of Dravidian politics’. It is highly condemnable as he should say this from BJP State headquarters Kamalalayam and not from Raj Bhavan,” Balu said.