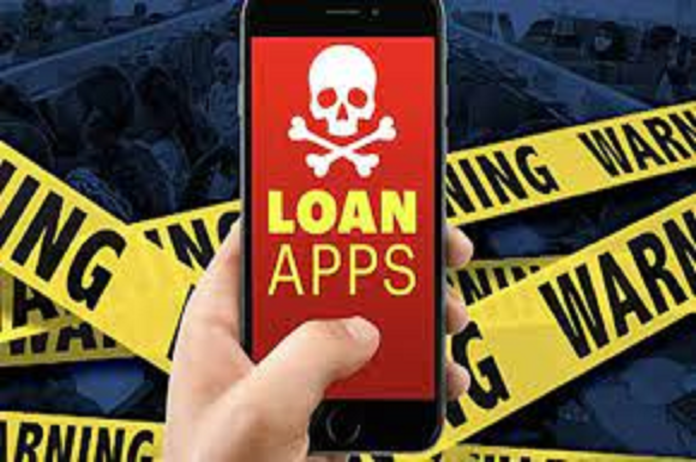 The issue has had a major impact on national security, the economy, and public safety, the Home Ministry claimed in a statement to all States and Union territories.

According to the research, numerous complaints have been made about illicit digital lending apps that offer low-income and vulnerable individuals short-term loans or microcredits at outrageous interest rates plus processing fees.

For extortion and harassment, lenders exploit the borrowers’ private information, including contacts, whereabouts, images, and videos.

“These unlawful loan apps’ harsh recovery methods have claimed numerous lives throughout India. According to the letter, this problem has had a significant influence on economic growth, public safety, and national security.

The Home Ministry claimed that these unlawful lending apps, which might not be Regulated Entities (RE) by the Reserve Bank of India, make extensive use of bulk SMS, digital advertising, chat messengers, and mobile app stores.

In order to get loans, the borrower must grant required access to contacts, location, and phone storage.

The States and UTs were informed that “recovery agents residing in India as well as abroad are violating RBI’s Fair Tactics Code by exploiting this data to harass and blackmail the citizens using altered photos and other abusive practises.”

Therefore, it is suggested that domain specialists be brought in throughout an investigation.

The National Cyber Crime Forensic Laboratory (NCFL), one of the verticals of the Indian Cyber Crime Coordination Center (14C), CIS Division, is available to law enforcement agencies for technical assistance with loan app analysis, malware analysis, and cryptocurrency transaction tracing, according to the Home Ministry.

“It is requested that strict legal action be taken in this regard by all States and UTs. Additionally, it urged all States and UTs to raise public awareness of the dangers of utilising such apps throughout all districts.

Recently, it was discovered that many Chinese-controlled loan apps engaged in predatory lending.

These apps not only engage in unethical business practises, but also frequently operate against the law and take advantage of regulatory gaps.

These apps emerged during the COVID-19 pandemic when many Indians experienced financial trouble and required money. These apps offered loans for terms of one week to thirty days. High interest rates and processing fees would be assessed by these financing applications.

In addition, it has been noted that these applications frequently hound users about paying their debts, which has been linked to reports of dozens of suicides.

Chinese-controlled loan apps that were parked in merchant IDs with payment gateway providers have lately been frozen by the Enforcement Directorate for Rs 9.82 crore.

According to investigators, the loan applications are a part of an ongoing investigation into money laundering that targets a “Chinese-controlled” investment token app.