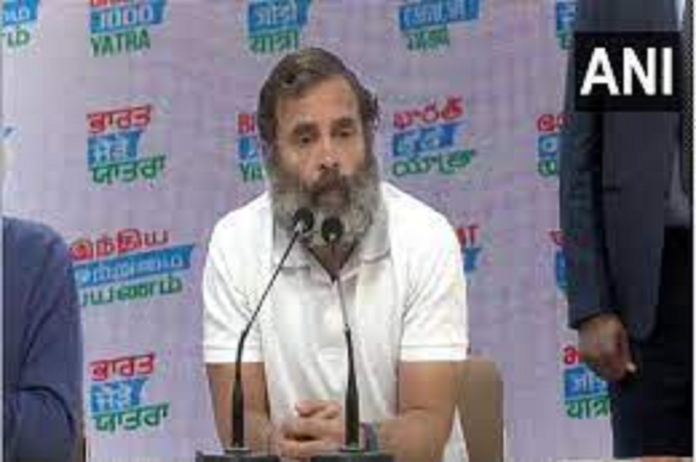 Samana (Haryana): Congress leader Rahul Gandhi on Sunday said crores of employment can be goven if we bring second green revolution in the nation. Gandhi was speaking in a press conference here held during the Bharat Jodo Yatra.

“When we will bring the second green revolution, promote agriculture, set up a network of food processing factories then, crores of people can get employment.”

Adding to that, Gandhi said that the small and medium size industries have been “destroyed” after implementing GST and Demonitisation. He said these industries can give employment to peopl but they are been destructed instead.

Sharing details on providing employment, Rahul Gandhi said that the roadmap is to transform these small businesses with technology and make them bigger. These will generate employment.

He also said that India will become “superpower” once it start respecting skills until then, “everything is hollow”. Gandhi added that our education system shows limited career options whereas, there are lakhs of ways to earn a good living.

Gandhi asserted that no body respects skills of a carpenter or farmer which needs to be changed. “After this, there will be Made In India everywhere.”