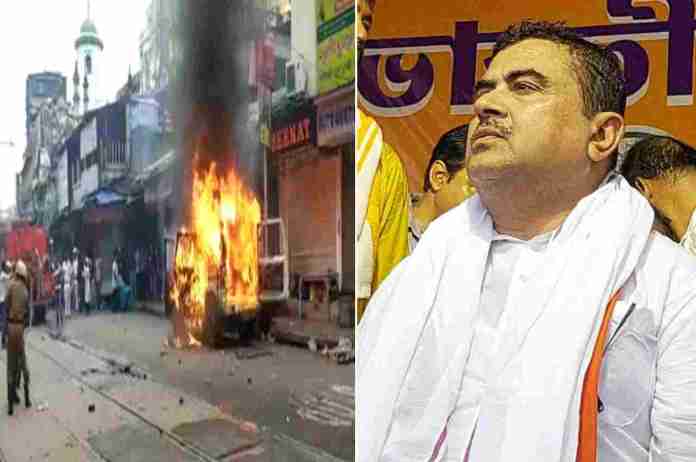 Said the BJP leader: “CM Mamata Banerjee is scared, ran away after seeing the strength of the people gathered here; only 30 per cent are here today, some of the rest were detained yesterday.”

Earlier in the day, Majumdar was detained ahead of the ‘Nabanna Chalo’ march against Mamata Banerjee-led state government. However, he was later arrested during a protest broke out in the state capital.

As the events took an ugly turn, the demonstrators set the police vehicles on fire. This led to tension and chaotic environment in Kolkata.

Along with Adhikari, BJP State General Secretary Locket Chatterjee and BJP leader Rahul Sinha were detained as Bengal BJP workers clashed with police during a protest march against the Trinamool Congress (TMC).