SC issued notice to the UP government on a plea filed by Ashish Mishra challenging the Allahabad HC's order denying him bail. 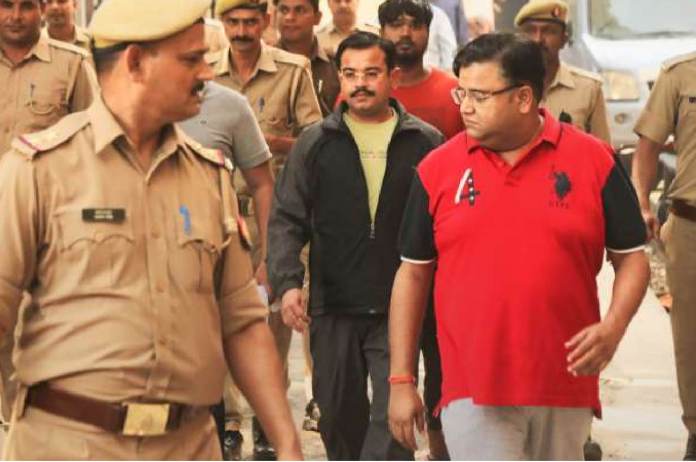 New Delhi: The Supreme Court on Tuesday issued notice to the Uttar Pradesh government on a plea filed by Ashish Mishra challenging the Allahabad High Court order which denied bail to him in connection with the Lakhimpur Kheri violence case.

A bench headed by Justice Indira Banerjee issued notice to the Uttar Pradesh government and listed the matter for September 26 as the next date for hearing.

Mukul Rohatgi appeared for the petitioner

Senior Advocate Mukul Rohatgi appeared for the petitioner in the matter.

Ashish Mishra, the son of Union Minister Ajay Mishra, has moved Supreme Court challenging Allahabad High Court which denied bail to him in connection with the Lakhimpur Kheri violence case.

On July 26, the Allahabad High Court denied bail to Ashish Mishra, in connection with the Lakhimpur Kheri violence case. The bail was rejected by the Lucknow bench of the High Court.

Four farmers died in the Lakhimpur Kheri case, and the accused and the accused’s car was present there. This is the biggest fact, this case comes under the category of a heinous crime, said the High Court.

Ashish Mishra is on trial for murder

Mishra is facing a case of murder for the incident that took place on October 3, 2021, in which eight people, including four farmers, were killed in the Lakhimpur Kheri.

Mishra allegedly ran over the farmers who were protesting against the Centre’s three farm Laws. He was arrested on October 9 and granted bail in February 2022. Mishra, again moved to the High Court as the Court’s earlier order was set aside by the Supreme Court in April 2022 and had ordered fresh consideration of his bail plea.

Family members of the victims of the Lakhimpur Kheri incident moved the Supreme Court challenging the Allahabad High Court order, which granted bail to Ashish Mishra.

In the Special Leave Petition, family members of the deceased challenged the Allahabad High Court order dated February 10, 2022, wherein Ashish Mishra was granted regular bail. The petitioner said that the Allahabad HC order is unsustainable in law. They also said that they have approached the Apex Court as the State of Uttar Pradesh has failed to prefer any appeal against the impugned order.

Earlier, the Supreme Court had appointed a committee headed by retired Punjab and Haryana high court judge Rakesh Kumar Jain to monitor the probe into the Lakhimpur Kheri violence.