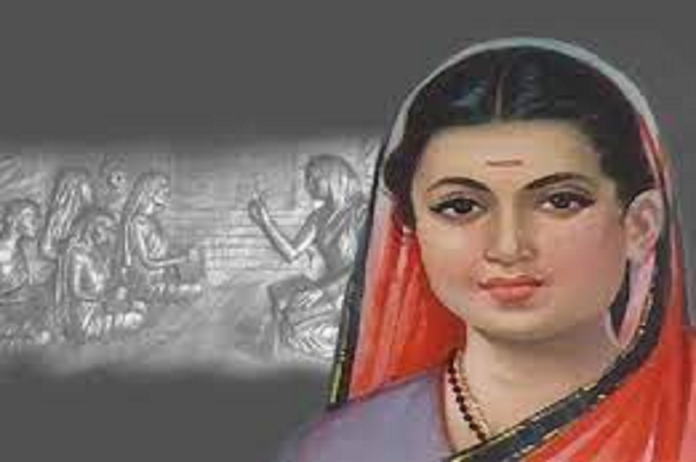 Savitribai Phule birth anniversary: Savitribai Phule, the first female teacher in India, was born 192 years ago on January 3, 1831. She was the social reformer and poet, worked to advance females’ education in 19th-century.

The first girl’s school in India was established at Bhide Wada in Pune by Savitribai and Jyotirao Phule in 1848.

On January 3, 1831, Savitribai Phule was born into a farming family in Naigaon, Maharashtra. She wed Jyotirao Phule, then 13 years old, when she was nine years old. Savitribai Phule had a high calibre education thanks to the efforts of her husband, who supported women’s education. He prepared her for teaching by imparting knowledge to her at home.

Savitribai Phule later established 18 schools for girls alongside her husband and went on to become India’s first female teacher and headmistress. The reformer, who together with her husband played a crucial part in the fight for women’s rights in India during the British Raj, was also among the first feminists of modern India.

Savitribai Phule’s husband, Jyotirao Phule, and she pushed for women’s access to an education. In 1848, she founded a school at Bhide Wada in Pune. She also campaigned to reduce prejudice and unjust treatment of people based on their gender and caste.

She distributed 41 poems. Along with Subodh Ratnakar, 41 poems titled Kavyaphule were published in 1854 and 1892’s Bhavan Kashi. In fact, she wrote the poem “Go, Get Education.”

The travel was challenging for the couple because they had to deal with social prejudice. Savitribai then founded the reform group Satyashodhak Samaj, which pioneered the custom of nuptials without dowries or other outright costs.

The Native Female School in Pune and The Society for Promoting the Education of Mahar’s, Mang’s, and Etceteras were founded in 1850 by Jyotirao and Savitribai, respectively.

The University of Pune was renamed, Savitribai Phule University, in memory of the social reformer in  2014.