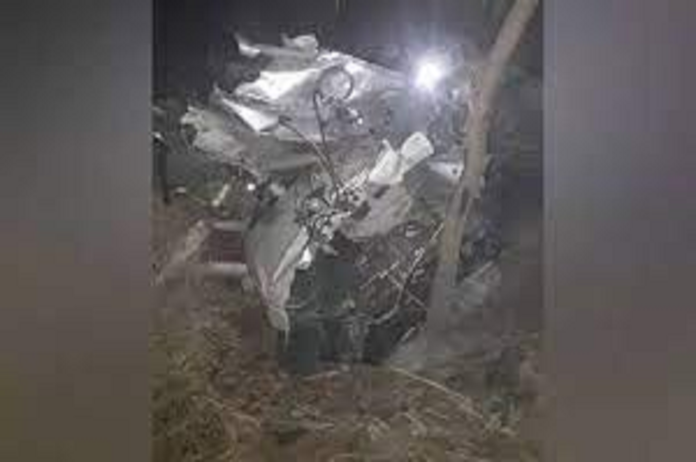 Rewa plane crash: In the early hours of Friday, a plane carrying two pilots collided with a temple in Rewa, Madhya Pradesh, killing one and injuring the other, according to authorities.

Rewa SP Navneet Bhasin stated that the incident happened early this morning and that the flight was a training flight. A private company’s aircraft crashed in Dumri Village of the Rewa district when it was taxiing from Chorhata Airstrip after colliding with a temple’s dome.

According to Navneet Bhasin, SP, Rewa, “the plane collided with a temple during training, one pilot has died, while the other is injured and receiving treatment at Sanjay Gandhi Medical College.”

A group of police officers arrived at the location. At first glance, the crash is being blamed on the poor weather and dense fog that were present in the area.

According to Madhya Pradesh’s home minister, Narottam Mishra, an investigation has been launched into the Rewa plane crash incident in which one pilot died and another was hurt.

According to authorities, the incident occurred early this morning when the student plane collided with a shrine in Dumri Village, Rewa district. “The investigation will uncover the causes of the plane disaster. The accident scene has been covered, and a technical team has left from Mumbai “In a press briefing, Narottam Mishra said further.

Vimal Kumar, a resident of Patna, Bihar, has been named as the deceased pilot, while Sonu Yadav, a trainee from Jaipur, who was hurt, is receiving medical attention, according to Mishra.

A private company’s training aircraft plane was taxiing from Chorhata Airstrip when it crashed after hitting a temple’s dome.

At first glance, the crash is being blamed on the severe weather and the dense fog that was present in the vicinity. Futher investigation is underway to know the exact reason of the accident.