Rajnath to inaugurate ‘Invest for Defence’ on Oct 20 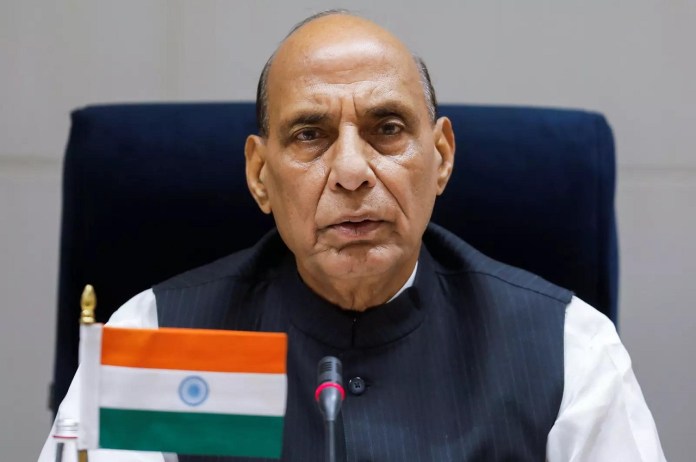 New Delhi: ‘Invest for Defence’, the first ever marquee event of the Ministry of Defence, targeted to promote investment in the defence sector will be inaugurated by Union Defence Minister Rajnath Singh on 20th October during the 12th edition of DefExpo.

The event is targeted to promote investment in the defence sector in the country both by the Indian industry as well Foreign Original Equipment Manufacturers, Ministry of Defence said in a statement on Thursday.

Event to highlight reforms by government in defence sector

The event will highlight the requirements of the Armed Forces and policy reforms undertaken by the Government for ease of doing business in the defence sector. It provides the industry with the opportunities and the advantages of investing in the sector and thus contributing to maximising the indigenous production, the statement said.

The event is expected to witness participation from the big industry names, both Indian as well as foreign OEMs, such as L&T, Adani Defence, Bharat Forge, Saab, Airbus, Lockheed Martin etc., besides participation from domestic and foreign institutional investors and venture capitalists, it added.

The event will feature a panel discussion between the industry stalwarts and the MoD and Armed Forces leadership.

The discussion will be followed by a Q&A session, wherein participants can ask questions from the eminent panelists. The target audience for the event is industry representatives including those from MSMEs and Start-ups, policy makers and enthusiasts in defence sector, the defence ministry added.