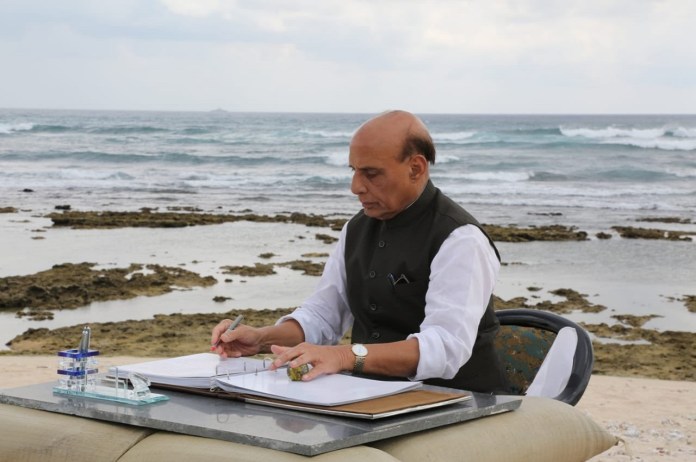 New Delhi: Defence Minister Rajnath Singh on Friday visited Indira Point, the southernmost tip of the country, while wrapping up his two-day trip to the Andaman and Nicobar islands.

At the Indira Point, Southern Most Tip of India. pic.twitter.com/MFN83PhWBl

The defence minister also took stock of the defence preparedness and encouraged the troops to continue protecting the national interests in the region during his visit to the region.

Indira Point is along the Great Channel, popularly referred to as the ‘Six Degree Channel’, which is a major shipping lane for international traffic. A strong presence of the Armed Forces equips India to better discharge its responsibility of being a net security provider in the region, the defence ministry said in a statement.

During his visit to the headquarters of the Andaman and Nicobar Command in Port Blair on Thursday, Singh said India’s aim is to make its military one of the strongest in the world.

He also reviewed the operational preparedness of the command which is India’s only integrated command.

The Andaman and Nicobar Command has been playing a key role in keeping a strict vigil in the Indian Ocean in the wake of China’s growing forays into the region.