The 2+2 Dialogue will review bilateral cooperation across domains and chart out the way forward. India and Japan are pursuing a Special Strategic and Global Partnership. 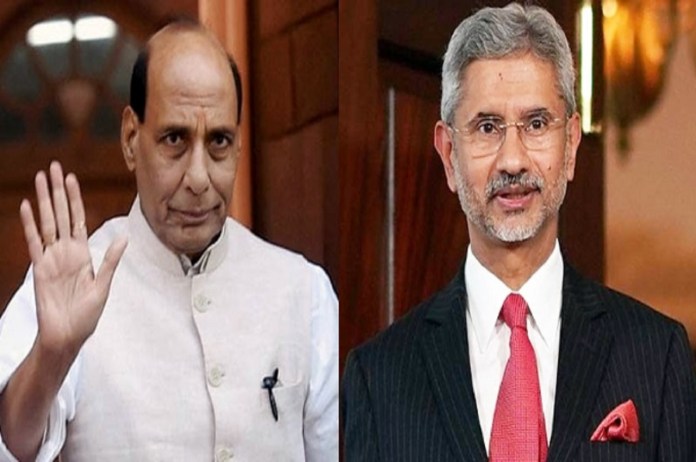 The 2+2 Dialogue will review bilateral cooperation across domains and chart out the way forward. India and Japan are pursuing a Special Strategic and Global Partnership. This year marks 70 years of diplomatic relations between the two countries, the Ministry of Defence said in a statement.

According to reports, during the four-day official visit, the ministers will hold Defence Ministerial meeting and Foreign Ministers’ strategic Dialogue with their counterparts.

Also Read: Here’s what came out of SC hearing in THESE cases

The Japanese side will be represented by Minister of Defence Yasukazu Hamada and Minister of Foreign Affairs Yoshimasa Hayashi.

In addition to the 2+2 dialogue, Ministers are also likely to hold separate meetings with the Japanese counterparts.

“Rajnath Singh will separately hold bilateral talks with his Japanese counterpart to further strengthen defence cooperation between the two countries across various sectors,” the statement said.

He is also scheduled to call on the Prime Minister of Japan Fumio Kishida during the visit, the statement added.

The Defence Minister will also attend a community event organised by the Embassy of India in Tokyo and interact with the Indian diaspora in Japan, the statement concluded.

India and Japan are part of Quad grouping along with the US and Australia.

On 5th & 6th September, Senior officials of the Quad group held a meeting here. Their first meeting since the standoff over Taiwan.