Raids held at 40 locations in Telangana, Andhra Pradesh against PFI 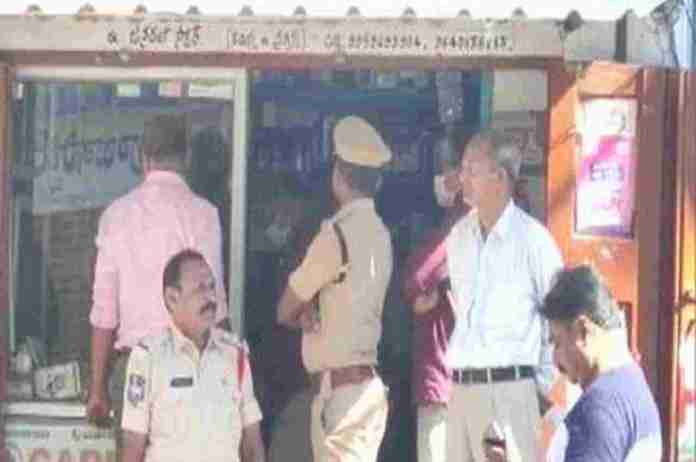 New Delhi: The National Investigation Agency (NIA) on Sunday conducted several search and seizure operations at 40 location in Telangana and Andhra Pradesh. The raids were carried out against Popular Front of India (PFI) cadres where people have been detained.

The agency conducted searches at 38 locations in Telangana (23 in Nizamabad, four in Hyderabad, seven in Jagityal, two in Nirmal, one each in Adilabad and Karimnagar districts).

NIA conducts searches at multiple locations in Telangana & Andhra Pradesh in a case registered against PFI cadres in Nizamabad by Telangana Police on 4th July, which was later taken over by the NIA pic.twitter.com/wU8wSD2CeQ

Meanwhile, there were two locations were raided in Andhra Pradesh (one each in Kurnool and Nellore districts) in a case relating to Abdul Khader of Nizamabad district in Telangana and 26 other persons.

These raids have been taking place since Sunday morning. Meanwhile, the NIA said it has seized incriminating materials, including digital devices, documents, two daggers and cash Rs 8,31,500.

“Four persons have been detained for questioning,” said the anti-terror agency.
As per NIA, the accused were “organizing camps for imparting training to commit terrorist acts and to promote enmity between different groups on the basis of religion”.

During investigations by the Nizamabad Police Station in Telangana, four accused namely, Abdul Kader, Sheikh Sahadulla, Md Imran and Md Abdul Mobin were arrested by Telangana Police. Later, the case was re-registered by the NIA on August 26.

One Abdul Khadar, 52, a resident of Autonagar, Nizamabad, along with 26 persons were accused in the NIA First Information Report (FIR) which mentions that they alongwith others conspired to wage war against the Government of India.

“In pursuance of the criminal conspiracy, they recruited the members of Popular Front of India (PFI), organised camps for imparting training for committing terrorist acts. They formed an unlawful assembly and promoted enmity between different groups on the basis of religion and were involved in activities disrupting sovereignty and territorial integrity of India,” the FIR mentions.

The case was earlier registered by Nizamabad Police Station in Telangana under various sections of the Indian Penal Code and section 13(1)(b) of Unlawful Activities (Prevention) Act against Abdul Khader and 26 persons and others relating to some anti-national activities in a house located at Auto Nagar near Osmania Masjid, Nizamabad.

“On searching the house, one Flexi with the name of Popular Front of India (PFI), bamboo sticks, whiteboard, non-chaks, one podium, note-books, handbooks and other materials were seized by Telangana Police. This amounts to a conspiracy to wage war against the Government of India,” the FIR reads.

During the further inquiry, official sources said, the owner of the house, Abdul Khader admitted that in lieu of financial assistance of Rs 6 lakh promised by some accused persons belonging to PFI, he had constructed a portion on the roof of his house and allowed the premises to be used for imparting training to the cadres of PFI and the meeting of the organization.

“The PFI members started coaching and physical exercises for the youth in the name of Karate classes and used to provoke them against a particular community with their hated speeches etc. They recruited the members of the Popular Front of India (PFI), and organised camps for imparting training for committing terrorist acts. They formed an unlawful assembly and promoted enmity between different groups on the basis of religion and were involved in activities disrupting the sovereignty and territorial integrity of India. The Telangana Police, later, added sections 18A and 18(B) of UA(P) Act in the case.”

Ministry of Home Affairs later handed over the case to the NIA with the opinion that a Scheduled Offence under the National Investigation Agency Act, 2008, has been committed and having regard to the gravity of the offence and its repercussions on national security, it is required to be investigated by the agency in accordance with the National Investigation Act, 2008.

The PFI was launched in Kerala in 2006 after merging three Muslim organizations floated after the Babri Masjid demolition in 1992 – the National Development Front of Kerala, Karnataka Forum for Dignity and Manitha Neethi Pasari of Tamil Nadu. After the demolition of the Babri mosque, many fringe outfits had surfaced in south India and PFI was formed after merging some of them.

Now the PFI claims it has units in 22 states. Its growth is phenomenal, admit intelligence agencies, saying it successfully exploited a growing vacuum in the community donning the role of a saviour. The successful portrayal of the image helps PFI to mobilise funds, especially from the rich middle-eastern countries. The PFI’s earlier headquarters was in Kozhikode, but after broadening of its base, it was shifted to Delhi. PFI’s state president Nasaruddin Elamarom is one of the founding leaders of the outfit. And its all-India president E Abubaker also hails from Kerala.

The PFI describes itself as a neo-social movement committed to empower people belonging to minority communities, Dalits and other weaker sections of society. (ANI)