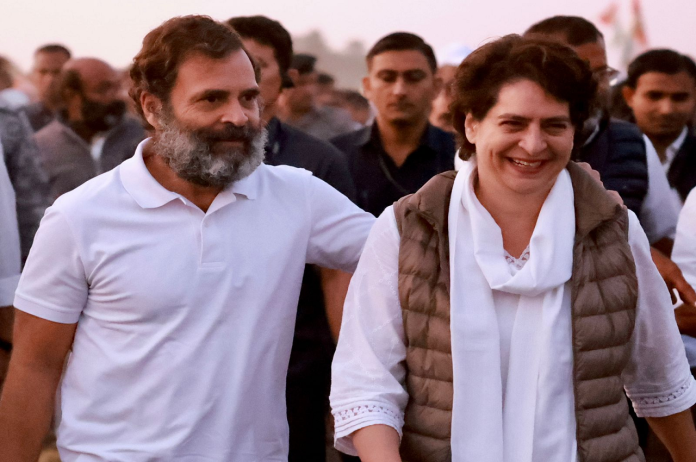 New Delhi: Senior Congress leader Priyanka Gandhi Vadra on Tuesday said that she does not fear about his brother and party’s former chief Rahul Gandhi’s securtiy because he is wearing a “shield of truth”.

Adding to that, Vadra said she is even more proud in her brother as the Centre used agencies against him and also spent crores of rupees to destort his image but he never feared and stopped.

Congress’ general secretary Priyanka Gandhi Vadra asked people to unite against the politics of hatred will continue to break people and there would no solutions. She said issues like unemployment and inflation will never end.

The Bharat Jodo Yatra on Tuesday has resumed from Kashmiri Gate in Delhi after a flag hoisting session. The yatra will enter Uttar Pradesh today.

Senior Congress leaders like Priyanka Gandhi is also expected to join today when the ‘yatra’ will enter Uttar Pradesh.