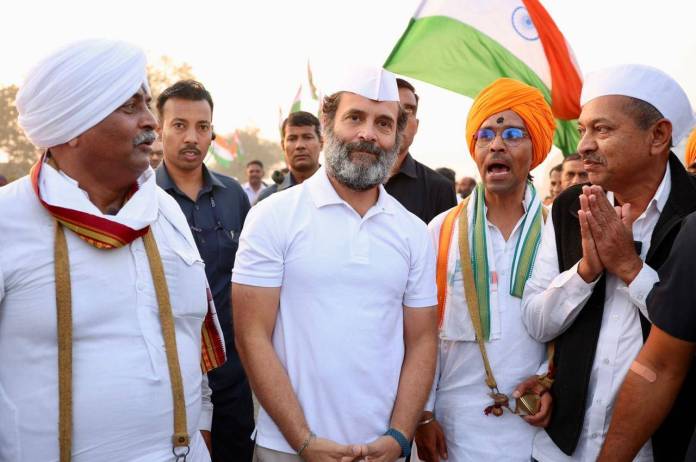 Mumbai: Senior Congress leader Rahul Gandhi Saturday started his foot march from Shevala village in Kalamnuri in Hingoli district of Maharashtra. Today is the 66th day of the ‘Padyatra’ that started from Kanyakumari in Tamil Nadu on September 7.

Gandhi and Thackeray were seen walking along while waving at people assembled along the route.

On Thursday, Nationalist Congress Party leaders Supriya Sule and Jitendra Awhad had taken part in the march. While NCP chief Sharad Pawar was invited to join the yatra, he could not participate due to ill health.

Shiv Sena (UBT) chief Uddhav Thackeray has been also invited to take part in the march during its Maharashtra leg.