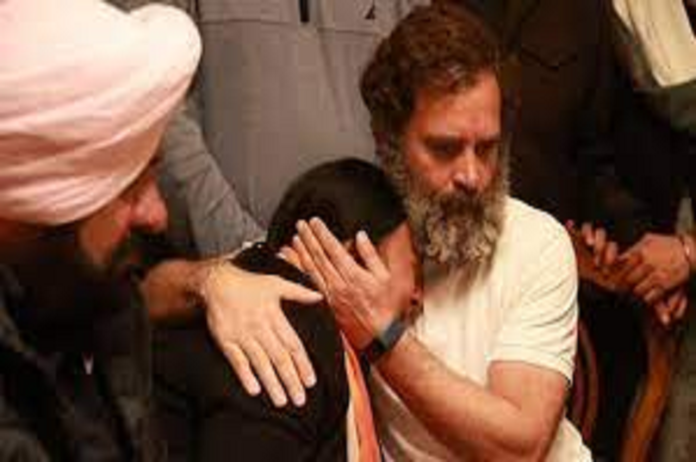 Bharat Jodo Yatra: Jaladhar Santokh Singh Chaudhary, a member of the Congress in the Lok Sabha, fell unexpectedly on Saturday in Jalandhar, Punjab, following a heart attack while taking part in the Bharat Jodo Yatra. When Chaudhary arrived at a Phagwara hospital, he was pronounced dead. Bharat Jodo Yatra halted

(Bharat Jodo Yatra halted) Rahul Gandhi has expressed grief over the death of Congress MP Santokh Singh Chaudhary during the Bharat Jodo Yatra. Rahul Gandhi said that he is shocked by the sudden demise of Santokh Singh Chaudhary. He was a down to earth hardworking leader, a pious person and a strong pillar of the Congress family, who dedicated his life to public service from Youth Congress to Member of Parliament. I express my condolences to the bereaved family.

Congress MP from Jalandhar Chaudhary Santokh Singh passed away on Saturday morning during Bharat Jodo Yatra in Phillaur, Punjab. He was walking with Rahul Gandhi in the yatra, when suddenly his health deteriorated. After this he was admitted to the hospital. The last rites of Congress MP Santokh Singh Chowdhary will be performed in his village tomorrow.

Punjab Chief Minister Bhagwant Mann condoled the demise of the Congress MP in Punjabi on Twitter. He wrote, “I am deeply saddened by the untimely death of Santokh Singh Chowdhary, Congress MP from Jalandhar.. May his soul rest in peace.”

Former Punjab Chief Minister Captain Amarinder Singh also expressed his condolences and said, “Extremely saddened to hear about the sudden demise of MP Santokh Singh Choudhary due to cardiac arrest today. My thoughts are with his entire family in this hour of grief. May Waheguru ji grant eternal peace to the departed soul.

Please tell that Congress leader Santokh Singh had won the Lok Sabha elections in 2014 and 2019 on a Congress ticket from Jalandhar parliamentary constituency. Santokh Singh was a resident of Landhra House, Noor Mahal Road, Phillaur. He did BA, LLB.