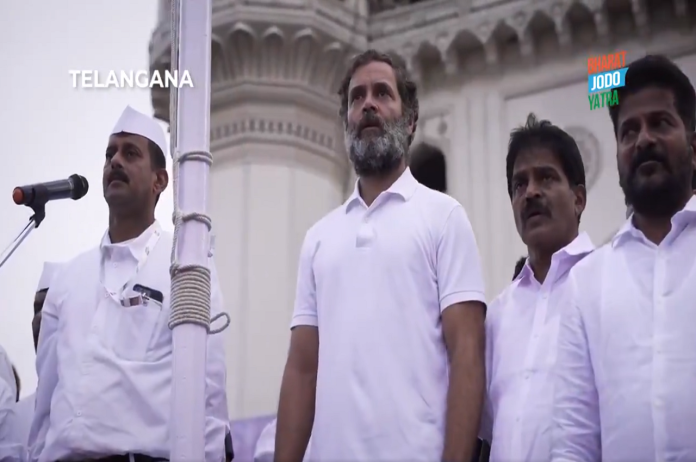 Phalegaon (Maharashtra): The ‘Bharat Jodo Yatra’ continues in Maharashtra on Tuesday with the Congress supporters in Hingoli’s Phalegaon gathered outside Shri Krishna Temple here and continued their foot march.

Senior Congress leader Rahul Gandhi-led ‘Bharat Jodo Yatra’ will interact with locals on his way to the Shri Ramarao Sarnaik College of Social work where the journey will end for today.

The Yatra will halt at Vidarbha Institute of Pharmacy, Tribal Convention in Tamsala, Vasantrao chauk and then the destination.

To enter Madhya Pradesh on November 20

The foot march is scheduled to enter Madhya Pradesh on November 20 after completing march in the Maratha land. In 2018 Madhya Pradesh state Assembly polls, the Congress had emerged as a single largest party with Senior party leader Kamal Nath as the Chief Minister.

However, the Congress government fell in the state after over 20 MLAs resigned from the party. Meanwhile, then CM Kamal Nath gave a teary speech while resigning from the post ahead of the floor test ordered by the Supreme Court.

This ended the Congress’ governance within 15 months following the Bharatiya Janata Party (BJP) claiming majority in the Assembly to return to power.

Prior to 2018 election in the state, the saffron party had ruled the state for three consecutive terms.