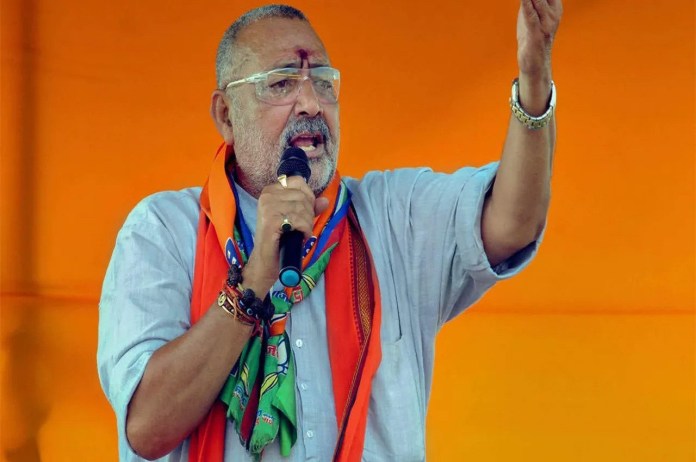 New Delhi: Union Minister Giriraj Singh on Sunday stressed the need to implement the Population Control Bill as ‘we have limited resources’.

“The Population Control Bill is crucial as we have limited resources. China implemented ‘one child policy’ to control the population and thus achieved development,” Giriraj Singh said.

He further remarked on the country’s competence with China with a pattern where China has 10 children born per minute and India 30 thirty per minute.

“China has 10 children born per minute while India has 30 children born a minute, how will we compete with China?” Singh said. He added, “Population Control Bill is necessary.

He further added that the bill should be implemented for everyone regardless of their belief and religion. “Those who do not follow this law should not be given any government benefits. Their voting rights should also be taken back,” he added.

The statement comes amid the growing demand from BJP leaders, including Giriraj, who have been demanding legislation to check the population growth in India.

A report from the United Nations (UN) said that India is projected to surpass China as the world’s most populous country next year.

Minister of State for Health, Bharati Pravin Pawar, informed the Upper House on July 19 that the government seeks to stabilise the population by 2045 and its efforts have been successful in reining in the growth of the population, as reported by news agency ANI.

Pawar further informed that modern contraceptive usage has increased to 56.5 per cent and the unmet need for family planning is only 9.4 per cent, according to National Family Health Survey (NFHS 5).

She said that according to the Sample Registration System of the Census, the Crude Birth Rate (CBR) had declined to 19.7 per 1,000 people in 2019.