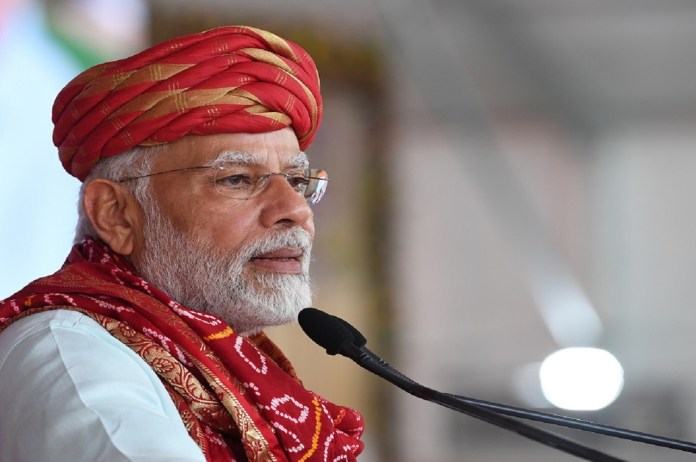 New Delhi: Prime Minister Narendra Modi is set to lay the foundation stone of projects worth over Rs 10,500 crores during his visit to Visakhapatnam on November 12, the Prime Minister’s Office said in a statement.

“He will lay the foundation stone of Andhra Pradesh section of six lane Greenfield Raipur- Visakhapatnam Economic Corridor. It will be built at a cost of more than ₹3750 crore,” the PMO said.

The Economic Corridor will provide faster connectivity between Industrial Nodes of Chhattisgarh & Odisha to Visakhapatnam Port & Chennai – Kolkata National Highway. It will also improve connectivity to tribal and backward areas of Andhra Pradesh and Odisha, it added.

He will also dedicate to the nation, Narasannapeta to Pathapatnam section of NH-326A built at a cost of more than Rs 200 crore as a part of Srikakulam-Gajapati Corridor.

The Prime Minister will dedicate to the nation, U-field Onshore Deep water block project of ONGC in Andhra Pradesh, developed at a cost of more than Rs. 2900 crores. It is the deepest Gas discovery of the project with gas production potential of about 3 million metric standard cubic metres per day (MMSCMD).

He will lay the foundation stone of Srikakulam Angul Natural Gas Pipeline Project of GAIL with capacity of around 6.65 MMSCMD. This 745 km long pipeline will be built at a total cost of more than Rs 2650 crores.

Being a part of Natural Gas Grid (NGG), pipeline will create the vital infrastructure to supply Natural Gas to domestic households, industries, commercial units and Automobile sectors in various districts of Andhra Pradesh and Odisha. The pipeline will supply natural gas to the City Gas Distribution Network in Srikakulam and Vizianagaram districts of Andhra Pradesh, the PMO said.

PM Modi will lay the foundation stone for redevelopment of Visakhapatnam Railway Station, to be done at a cost of around Rs 450 crores. The redeveloped station would cater to 75,000 passengers per day and will improve passenger experience by providing modern amenities.

He will also lay the foundation stone of modernization and upgradation of Visakhapatnam Fishing Harbour. The total cost of the project is around Rs. 150 crores.

The PMO said that the fishing harbour, after its upgradation and modernisation will double the handling capacity from 150 Tons per day to about 300 Tons per day, provide safe landing and berthing and other modern infrastructure facilities reduce turnaround time in the jetty, reduce wastage and help improve price realisation.