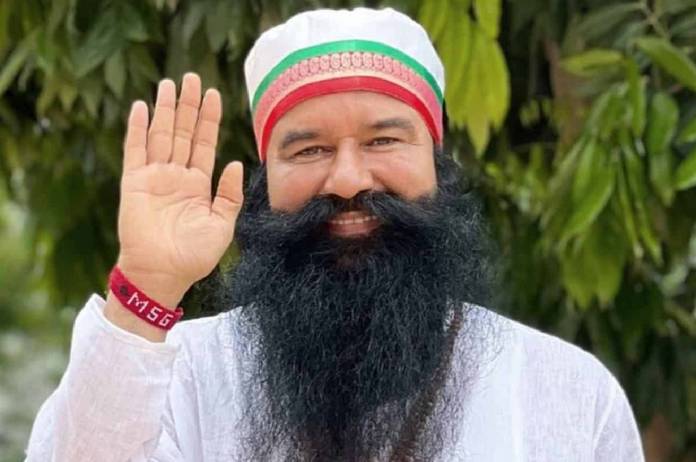 New Delhi: A plea has been filed in the Punjab and Haryana High Court seeking cancellation of parole granted to Dera Saccha Sauda chief Baba Ram Rahim who was convicted in different cases of rape and murder.

The plea filed by Advocate Hari Chand Arora stated that the Dera chief has been conducting ‘satsangs’ with his followers all over the world and releasing songs are violation of the law that allowed him temporary release.

In the petition, it was mentioned that the parole of Ram Rahim is “threatening the peace and tranquillity” in Punjab. It said that in the state, people are revolting against the Hrayana government who granted parole.

They objected that the decision has not been taken considering the gravity of the case and even the government of Punjab was also not discussed with.

Protests have been taking place in front of Nam-charcha-houses of the Deras of Gurmeet Singh.

The advocate said Rahim has been conducting a number of ‘Satsang’ online where he is giving blessings to female followers of having a son as well as telling his followers ‘magic remedies.’

Petitioner has asked to cancel his parole and taking down his videos from internet.

Swati Malliwal, the chairperson of DCW, said Ram Rahim has been out on parole for several times since he was convicted. Recently, he held several ‘Pravachan Sabhas’ and released music videos promoting himself which was attended by several top officials and ministers.

The letter read, “The politicians continue to use rapists to further their vote bank politics, especially when elections are round the corner, which happen to be the case in both Gujarat and Haryana.”