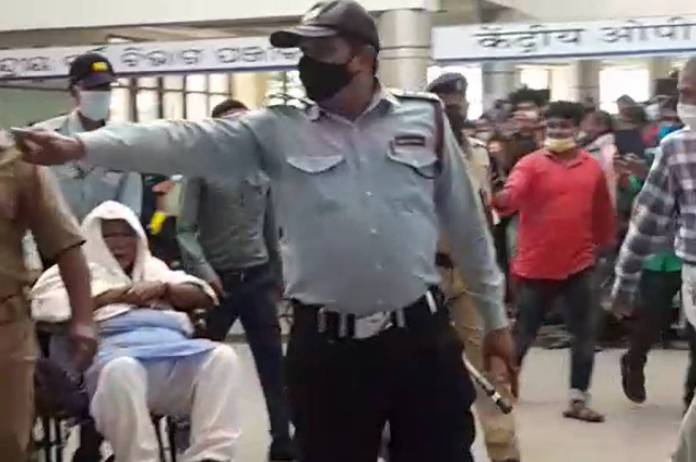 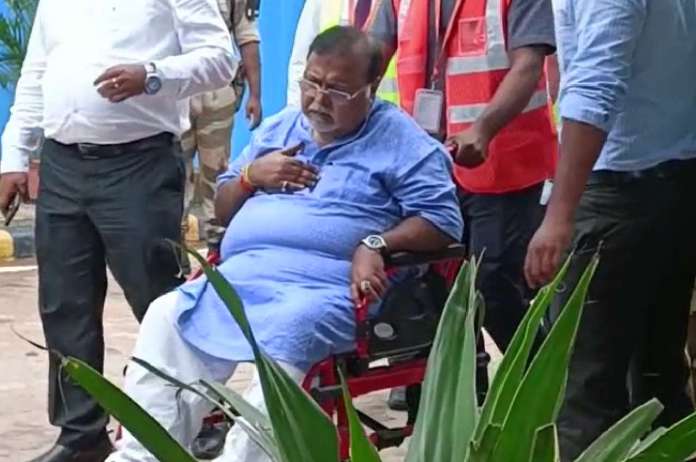 However, as soon as he reached the hospital people present there started raising slogans like ‘chor’ when they saw Partha Chaterjee. However, Partha Chaterjee did not react to the slogans being raised at him. Partha Chatterjee has been arrested in the SSC recruitment scam case.

The Enforcement Directorate (ED) has taken the senior-most cabinet minister in West Bengal into custody and then he was shifted to the state-run SSKM hospital, where he was admitted on Saturday.

Following his arrest in connection with the ongoing probe into the alleged School Service Commission (SSC) recruitment scam, he had moved the High Court on Sunday. Chatterjee will now be appearing before the special MP/MLA court through video conferencing at 4 pm on Monday.

ED will seek 14 days custody of Chatterjee. Earlier, Chatterjee was arrested by the ED from his residence on Saturday morning after 27 hours of questioning. Later that day, he was produced before the Chief Metropolitan Magistrate’s court in Kolkata.

Taking cognizance of allegations of alleged illegal appointment of clerks, employees and teachers in government schools, the ED has ordered a probe into the money trail under sections 3 and 4 of the Prevention of Money Laundering Act, 2002 (PMLA, 2002).

An FIR was registered in this regard on June 24. The ongoing investigation is slated to reveal many more unveiled facts that might add to the dismay of the arrested minister.

Enforcement Directorate (ED) has already seized cash and assets amounting to crores of rupees. Two aides of the minister who are speculated to be involved in the scam are also on radar.

Arpita Mukherjee and Monalisa Das are the two aides who are speculated to be deeply involved in the entire scam. Arpita has already been arrested by the ED. However, Monalisa is still not in the custody of ED but her properties worth crores is already being investigated by the premiere investigation agency.