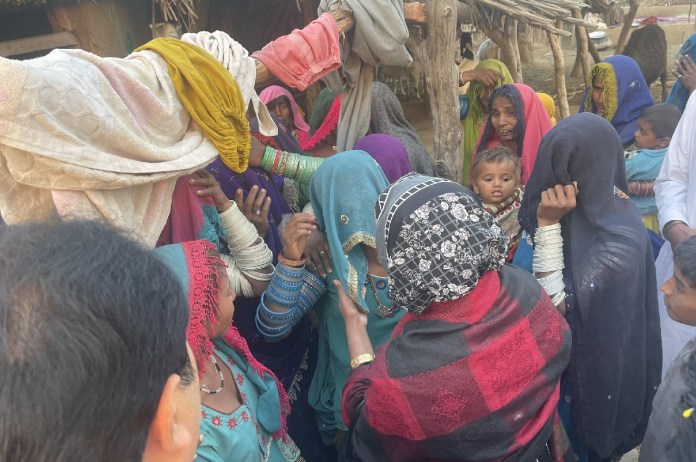 New Delhi: In an inhumane incident in Pakistan, a 40-year-old woman was allegedly brutally murdered as the killer cut her head, peeled skin over it and chopped off her breasts.

Daya Bheel was a widow and a resident of Sindh province who was survived by four children. Her brutal murder has caused panic among the Hindu minority living in the region.

Following which, India has also raised concerned over it and called on Pakistan to protect the minorities, reiteracting that it “is their responsibilty.”

“We have seen reports about it, but we don’t have specific details on the case. But we have repeatedly said that Pakistan should protect its minorities along with their safety, security and well-being.”

Pakistan’s first female senator from the Hindu community, Krishna Kumari on Thursday shared a post on Twitter sharing the details of the murder.

Daya Bhel 40 years widow brutally murdered and body was found in very bad condition. Her head was separated from the body and the savages had removed flesh of the whole head. Visited her village Police teams from Sinjhoro and Shahpurchakar also reached. pic.twitter.com/15bIb1NXhl