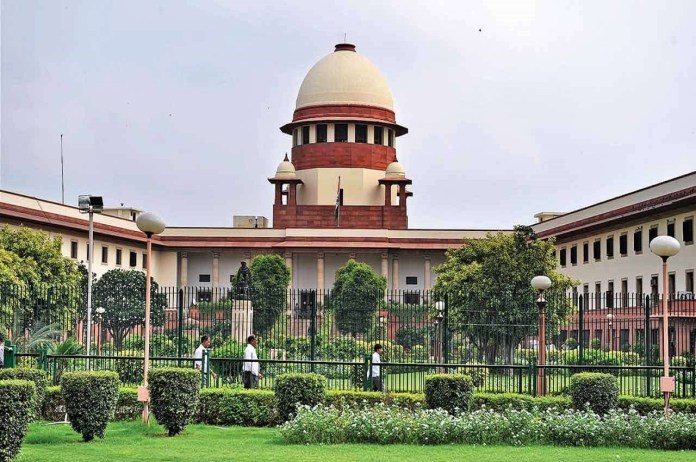 New Delhi: The Centre told the Supreme Court that ‘any organisation that has the objective of establishing Islamic rule in India cannot be permitted to exist.’

The central government filed a counter-affidavit in the Supreme Court justifying its eighth successive ban on the Students Islamic Movement of India (SIMI) as an ‘unlawful association’.

It further said that such outfits should not be allowed in a secular society. The Centre has filed an affidavit pertaining to a petition challenging the ban on SIMI.

The affidavit was considered on Wednesday by a bench led by justice Sanjay Kishan Kaul, which is seized of a petition filed by a former SIMI member challenging the 2019 ban order of a tribunal constituted under the Unlawful Activities (Prevention) Act (UAPA).

The Centre, in its affidavit, submitted alleged, “SIMI objectives are contrary to the country’s laws as the organisation aims to mobilize students and youth in the propagation of Islam and obtain support for ‘Jehaad.’

It emphasised that despite being banned over a number of years, SIMI through various front organizations continued to indulge in unlawful activities, therefore, a new ban had been issued.

“Despite being banned since September 27, 2001, except for a brief period in between, the SIMI activists are associating, meeting, conspiring, acquiring arms and ammunitions, and indulging in activities which are disruptive in character and capable of threatening the sovereignty and territorial integrity of India,” stated the Centre in its affidavit.

Adding further, the Centre maintained that SIMI activists are in regular touch with the associates and masters of SIMI based in other countries and the actions are capable of disrupting peace and communal harmony in the country.

“Their stated objectives are contrary to the laws of our country. Especially their object of establishing Islamic rule in India can, under no circumstances, be permitted to subsist,” the Centre said.

Stressing that SIMI continues to exist despite the continuous prescription since 2001, the government pointed out that the latest order of a five-year ban in 2019 was necessitated in view of the group carrying on its unlawful activities through more than three dozen front organisations, which had regrouped across several states under different names.

The Centre urged the SC to dismiss the petition challenging the Centre’s decision to ban SIMI as an “Unlawful Association.”

During the hearing, the petitioner’s counsel sought time to file a rejoinder on Centre’s affidavit on the ground that it has examined the counter.  The counsel appearing for Centre also sought adjournment. The court adjourned the matter on the request made by both counsels.