On its 79th day, ‘Bharat Jodo Yatra’ continues from Kherda in MP 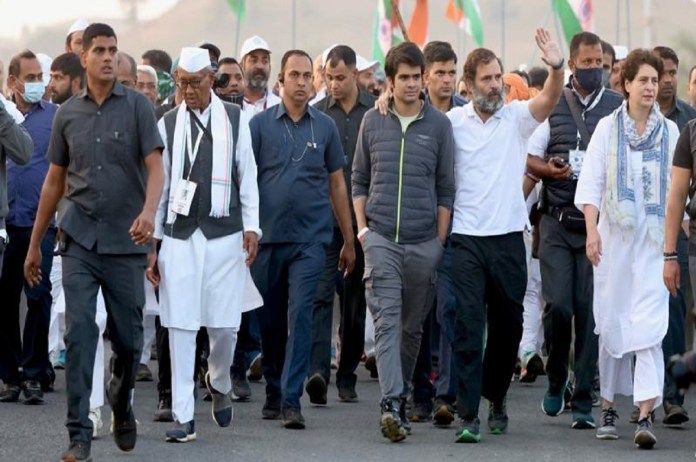 Gandhi is accompanied by a number of supporters as well as former Chief Minister of Madhya Pradesh Digvijay Singh, Congress leader Priyanka Gandhi and her son Raihan Vadra.

Earlier, Rahul Gandhi said they resorted to the ‘Bharat Jodo Yatra’ as all the democratic ways to raise voice were closed. Gandhi made the statement in his public address during the foot march in Madhya Pradesh’s Burhanpur.

The Wayanad MP slammed the Narendra Modi-led central government and said the ways of fair elections, Lok Sabha and media are closed.

He held the Bharatiya Janata Party (BJP) and Rashtriya Swayamsevak Sangh (RSS) responsible behind it, adding that the two has sabotaged indpendent institutions to misuse them.