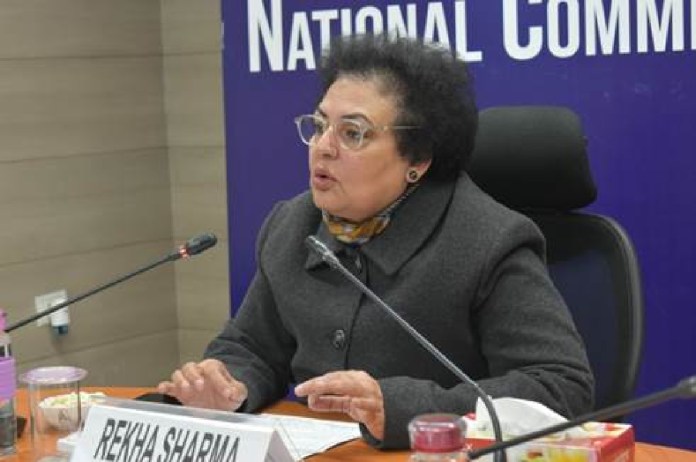 New Delhi: The National Commission for Women (NCW) on Wednesday organised an ‘All India Nodal Officers Meeting on Acid Attack’ to deliberate, discuss, and share suggestions to resolve the issues regarding sale and purchase of acid and other corrosive substances.

The meeting was attended by 23 Nodal Officers and representatives from States across India. The meeting was chaired by Chairperson, NCW, Rekha Sharma, and also attended by Asholi Chalai, Joint Secretary of NCW, and Ashutosh Pande, Senior Research Officer of the Commission.

In her inaugural address, Sharma emphasized on the urgent need to bring an end to unregulated sale of acid and other corrosive substances and the need for proper rehabilitation of survivors.

“Despite the Supreme Court’s ban, the truth is that acid still remains available for sale. It must be ensured that strict provisions are kept in place to stop the unregulated sale of acid. No society can be considered civilized if it does not act to prevent such a heinous atrocity on women,” said Sharma.

Some of the recommendations given during the meeting are; conducting an extensive campaign to raise awareness about gender sensitivity in schools, universities, and among law enforcement and other institutions.

Imposing strict regulations on sale of acid, with District Magistrates being the only authority to grant licenses, confirming stocks after 15 days, and requiring regular reporting on the sale of acid.

The panel also suggested providing financial support to private hospitals for free medical care for acid attack victims, reservation in government jobs for acid attack survivors, and setting up a corpus fund for them through corporate social responsibility.

Calling on the Censor Board to restrict glorification of revenge plots in movies, streamlining the compensation process for victims, enabling more rehabilitation and employment opportunities for survivors of acid attacks were also some of the suggestions made during the meeting.

The Commission will be taking all the recommendations discussed during the meeting forward to ensure that all necessary steps are taken to help women affected by acid attacks and for prevention of such cases.