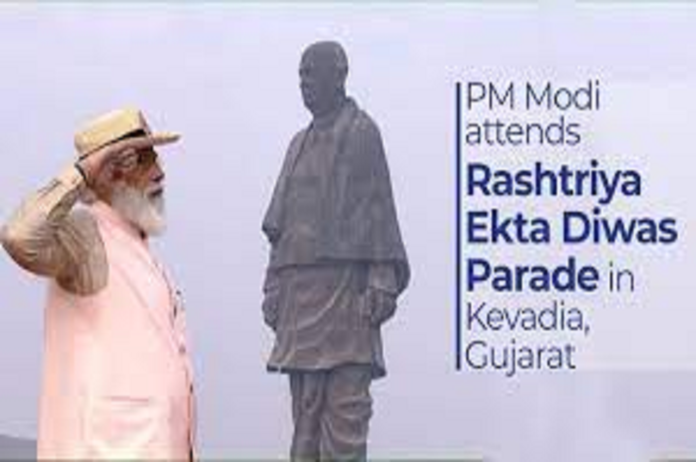 He participated in the National Unity Day programme in Kevadiya, Gujarat on the occasion of the birth anniversary of Sardar Vallabh bhai Patel.

#WATCH | Prime Minister Narendra Modi participates in #NationalUnityDay programme in Kevadiya, Gujarat on the occasion of the birth anniversary of #SardarVallabhbhaiPatel

The Birth Anniversary of Sardar Patel is celebrated as National unity day. Prime Minister said, “Tributes to Sardar Patel on his Jayanti. His contribution to our nation is monumental”

PM Modi added, “He was the stalwart who unified India. A leader of farmers, a great administrator and uncompromising when it came to safeguarding rights of the poor, India will always remember Sardar Patel’s unparalleled contribution.”

In response to the Morbi cable bridge collapse disaster, in which over 132 people lost their lives on Sunday evening, Prime Minister Narendra Modi, who is on a three-day visit of Gujarat and Rajasthan, has decided to postpone his roadshow scheduled to take place in Ahmedabad on Monday.

The Page Committee Sneh Milan function that was scheduled to take place in Prime Minister Modi’s virtual presence has been postponed, according to a statement from the BJP Gujarat media cell late on Sunday night. In response to the Morbi tragedy, where many people, including women, children, and seniors, are believed to have died, BJP Gujarat media convenor Dr. Yagnesh Dave announced that there will be no celebrations on Monday.