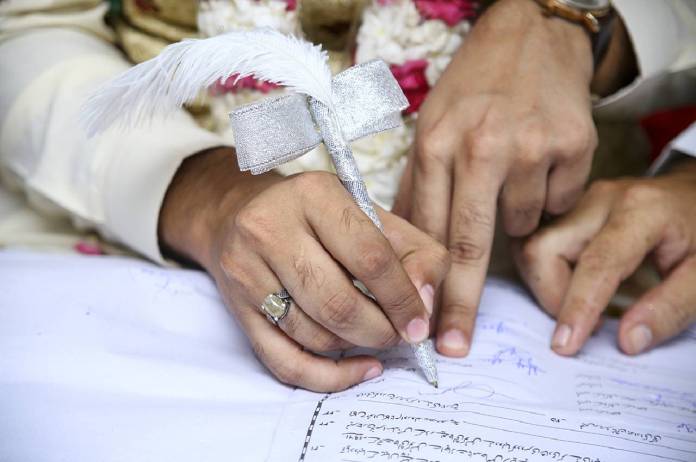 New Delhi: The All India Muslim Personal Law Board (AIMPLB) responded to the Kerala High Court rulings and said a Muslim man reserves the right to reject as well as accept her wife’s demand of ‘Khula’. It added that Muslim women do not hold rights to terminate marriage solely.

It stated, “If the man does not agree to Khula, the woman has the right to go in for faskh or judicial divorce,” said general secretary of AIMPLB, Khalid Saifullah Rehmani, retaining the power of man to choose whether or not to give to wife through ‘Khula’.

Earlier this week, the Kerala High Court had pronounced a verdict which was quite contradictory to the Islamic law entitling man to have a upper hand on a Muslim woman’s demand of divorce.

A bench of Justice A. Muhamed Mustaque and Justice C.S. Dias who was hearing the matter said,  “In the absence of any mechanism in the country to recognize the termination of marriage at the instance of the wife when the husband refuses to give consent, the court can simply hold that Khula can be invoked without the conjunction of the husband.”

It added the Khula law under Islam represents that “women are subordinate to the will of their male counterparts.”

“This review doesn’t look innocuous at the instance of the appellant but rather appears to have been fashioned and supported by clergies and the hegemonic masculinity of the Muslim community who are unable to digest the declaration of the right of Muslim women to resort to the extrajudicial divorce of Khula, unilaterally,” rule the court.