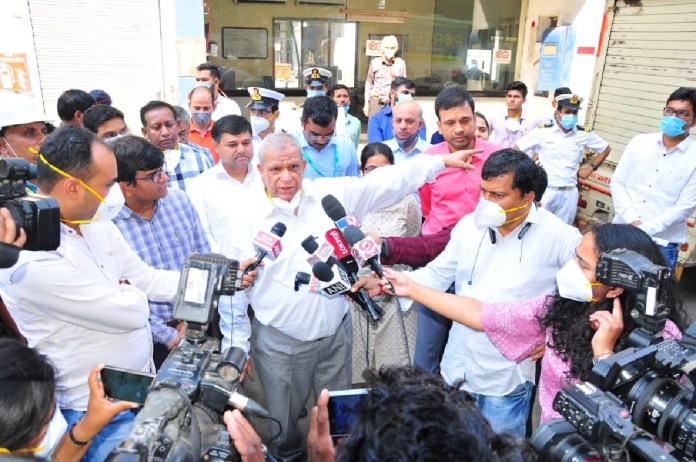 Mumbai: The Mumbai Customs on Friday seized and destriyed drugs valued at Rs. 538 Crore in the international illicit market at the incineration facility of M/s Mumbai Waste Management Limited (MWML) located at Taloja in Navi Mumbai.

Persons carrying banned narcotic drugs and psychotropic substances are guilty of the offence under Section 8 of the Narcotic Drugs and Psychotropic Substances (NDPS) Act, 1985 and are liable to punishment under section 21, section 23 and section 29 of NDPS Act 1985, read along with provisions of the Customs Act, 1962.

According to Custom officials, drug seizure data at the Mumbai International Airport shows that the drugs smuggling is done predominantly by nationals from countries like Kenya, Uganda, Zambia and Zimbabwe.

Drug smuggling is undertaken by concealing the drugs in special false cavities made in baggage. Carriers have been found carrying drugs in ingested form as well. Mumbai Airport Customs has effectively used sniffer dogs for detecting cases.

Incineration of such seized items which are hazardous to nature if released otherwise are required to be done in incinerators fitted with Standardized Pollution Control Devices.

The contraband items were brought into the country under various forms of disguise, but were proactively seized or confiscated by the Customs Department. Mumbai Customs remains committed to the United Nation Convention on Narcotic Drugs 1961 to which India is a signatory. The Convention aims also at combating drug trafficking through international co-operation to deter & discourage drug traffickers.