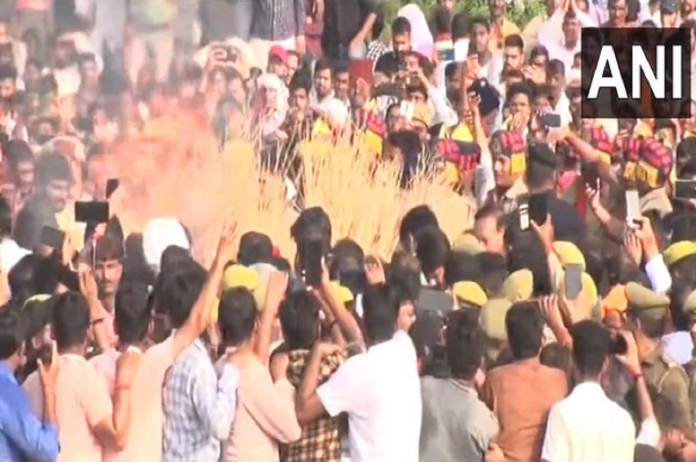 Political leaders from across party lines attend the funeral of the former chief minister of Uttar Pradesh.

SP president Akhilesh Yadav, former MP Dharmendra Yadav, and other family members were there as the body was taken out of an ambulance, in addition to the large number of people who waited for the lifeless remains at the location.

Uttar Pradesh CM Yogi Adityanath attended and paid his respects after the body was laid out for the final “darshans.”

The news of Mulayam’s death was confirmed by his son Akhilesh Yadav on Monday at around 8:30 am.

He was born on November 22, 1939, in Saifai village of Uttar Pradesh’s Etawah district. The SP founder was a three-time Uttar Pradesh chief minister.

Mulayam Singh Yadav was elected to the Uttar Pradesh Legislative Assembly for the first time in 1967.