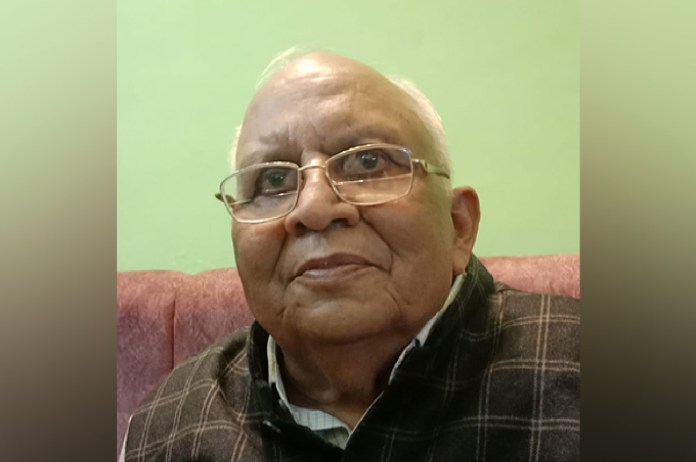 Jabalpur (Madhya Pradesh): The Government of India has honoured a 77-year-old doctor from Jabalpur district in Madhya Pradesh with the fourth highest civilian award Padam Shri.

Dr Dawar was born on January 16, 1946 in Punjab, Pakistan and after the partition, he shifted to India. In 1967, he completed his MBBS (Bachelor of Medicine and Bachelor of Surgery) from Jabalpur.

He has also served in the Indian Army during the Indo-Pak war in 1971 for around a year. After that he has been providing health care services to people in Jabalpur since 1972 at a very nominal charge. He started treating people for Rs 2 and currently he charges just Rs 20 as his fees.

On being conferred with Padma Shri, Dr Dawar told ANI, “Hard work pays off sometimes, even if it is delayed. It is a result of that and it is the blessings of the people that I have received this award.”

Talking about his life experiences he said, “There was definitely a discussion in the house about charging such a low fee, but there was no dispute about it. Our only aim was to serve the people, so that is why the fees were not increased. The basic mantra of success is if you work patiently then you definitely get success and success is also respected.”

Dr Dawar’s son Rishi said, “We used to think that awards are given only because of political reach, but the way the government is finding and honouring the people working on the ground, it is a very good thing and our father has received this award.”

“It is a matter of great pride for us, for our family and for our city,” said Suchita, daughter-in-law of Dr Davar.