Moral responsibility to preserve our identity and heritage: Shibu Soren 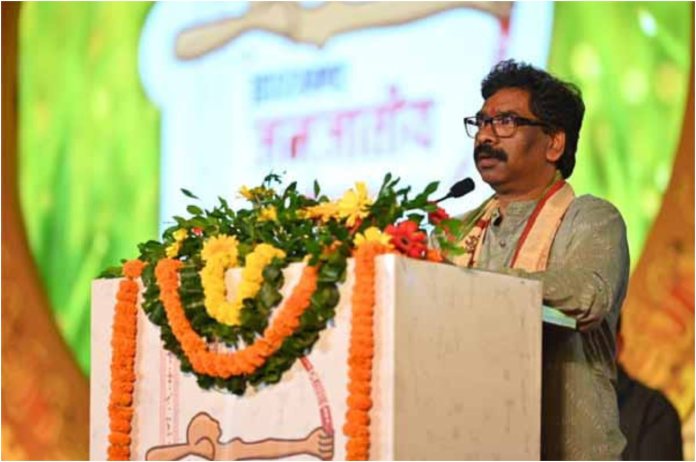 Vivek Chandra, Ranchi: The two-day Jharkhand Tribal Festival started in Ranchi, the capital of Jharkhand, with the graceful shade of tribal folk dance on the beat of the temple. The festival was started by lighting the lamp.

Tribal society has a different identity

After duly inaugurating the function, Chief Guest and Rajya Sabha MP Shibu Soren said that for the first time after the formation of the state, “Jharkhand Tribal Festival-2022 is being celebrated in a grand manner.” He said that social forces should always work for development with positive thinking towards the society. He said that today it is a matter of happiness that we are taking forward our language and culture. Tribal society has a distinct identity in the country. It is the moral duty of all of us to preserve our identity and heritage. 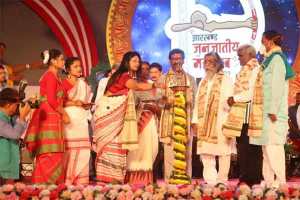 The crisis of identity before the society

On the other hand, Jharkhand Chief Minister Hemant Soren said that for the first time our government is organizing this tribal festival, such programs should have been organized earlier, but I do not know why the earlier governments did not organize such programs. He further said that today a crisis has arisen in front of the society regarding its identity.

Is it not a misfortune that today’s policy makers are not ready to accept the same diversity due to which different language, culture-religion, due to which we were considered tribal? Constitutional provisions have become only a matter of discussion. The Chief Minister said that our land, our culture and our language are very important for the tribals.

All these things are threatened by the new avatar of development. After all, how can we let a culture die? The speakers of different tribal languages ​​have neither numerical power nor money power. For example, the Asuras for Hindu culture, we are tribals.

The Chief Minister also said that about whom hatred has been written in the majority culture, hatred is shown through idols, after all, we have to think on how to ensure its protection. Even if we had money power, we would have been able to save our culture like Jain/Parsi community. In such a situation, this group full of diversity needs special attention. 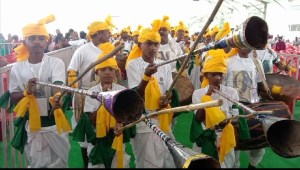 Chief Minister Hemant Soren said that ‘Guruji is coming up with Student Credit Card Scheme’ to provide funds to the students to study, I know my society, I understand my Jharkhandi people. I know how difficult it is for my young friends to get a loan from the bank. The Chief Minister said that by running the program in mission mode, we are providing Kisan Credit Card. The Chief Minister said that the position of the bank is such that even if Hemant Soren goes to take a loan, he will reject it for the first time. It will be said that your land comes under CNT/SPT. Our youth, despite being skilled, are compelled to work.

In this meeting, MP Shibu Soren and Chief Minister Hemant Soren were welcomed with tribal customs. After this he also saw the exhibition of various artefacts and appreciated it. Tribal artists from all over the country are participating in this function. The program started with a song by famous folk singer Megha Shree Dalten followed by jhumar and other folk dance artists.

Stalls of tribal delicacies have also been set up in the program, which are being liked by the people.
Through the Jharkhand Tribal Festival, the fragrance of tribal folk culture and folk colors is spreading not only in Jharkhand but across the country and along with it is spreading the spirit of love for water, forest and nature.