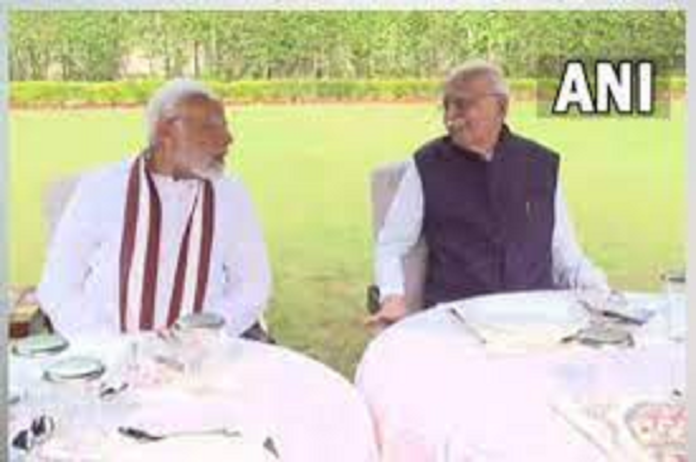 “Visited Advaniji’s residence and wished him a happy birthday; I pray to God for his good health and long life,” Singh tweeted.

Union Home Minister Amit Shah also wished the senior BJP leader and said that while in government, he made an invaluable contribution to the country’s development.

Shah tweeted, “Wishing a very happy birthday to respected LK Advani ji. Advani ji, on one hand, strengthened the organization across the country with his continuous hard work, while on the other hand made an invaluable contribution to the development of the country while being in the government. I pray to God for his good health and long life.”

External Affairs Minister S Jaishankar who is currently in Moscow wished Advani on his birthday.

he messaged, “Warm birthday greetings to revered Shri LK Advani ji. His many contributions and services to the nation will always keep inspiring us.”

“Birthday greetings to one of the leading lights of the BJP, India’s political stalwart, a fine human being, and veteran leader Sh LK Advani Ji,” said Union Minister of Petroleum and Natural Gas Hardeep Singh Puri.

Advani, who was born in Karachi on November 8, 1927, served as Minister of Home Affairs in the BJP-led National Democratic Alliance government from 1998 to 2004. From 2002 to 2004, he was the Deputy Prime Minister under Atal Bihari Vajpayee. He is a senior leader of the BJP and one of its co-founders.