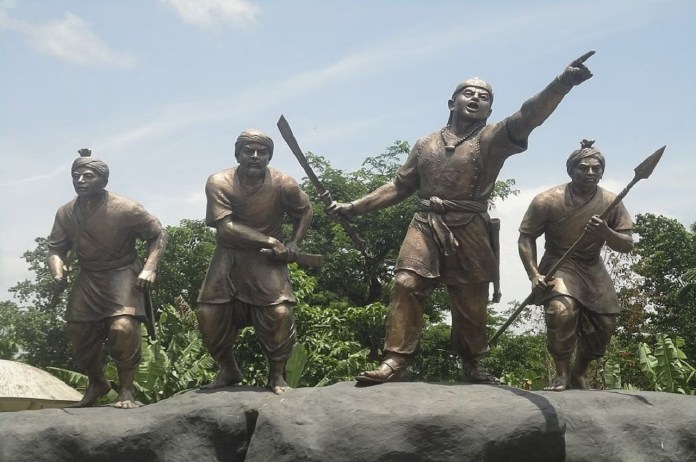 New Delhi: Many events are organized on Friday to mark the 400th birthday of Mahavir Lachit Barphukan, one of Mother India’s famous sons. He fought against the Mughals on his own strength and willpower. Lachit Barphukan was a notable general in Assam’s former Ahom kingdom. He is well remembered for leading the troops at the Battle of Saraighat in 1671. The Mughal army foiled Aurangzeb’s attempt to take Assam under his capable command. Lachit Barphukan is also known as the North East India’s Shivaji.

Many programmes are being held around the country today to commemorate the 400th birth anniversary of Lachit Barphukan, particularly in Assam. In February of this year, former President Ram Nath Kovind began the 400th birth anniversary year festivities of Lachit Borphukan in Jorhat, Assam. And today he spoke at the program’s concluding ceremony, which was held at PMO Vigyan Bhavan.

Prime Minister Narendra Modi said at the closing ceremony of Lachit’s birth anniversary, “We have the opportunity to celebrate the 400th birth anniversary of Lachit Barphukan at a time when the country is celebrating the nectar of its freedom.” This historic occasion is a glorious chapter in Assam’s history.

Great personalities like Lachit Barphukan, and immortal offsprings of Bharat Maa are our constant inspirations for the fulfilment of the resolutions of this Amrit Kaal: PM Narendra Modi at the 400th birth anniversary celebration of Lachit Barphukan, in Delhi pic.twitter.com/kVkwcy7Ubs

Assam Chief Minister Himanta Biswa Sarma opened the ongoing function at Delhi’s Vigyan Bhawan. PM Modi and Sarma also went to the exhibition as part of the celebrations, where they paid their respects to the painting of Lachit Barphukan.

Let us tell you that the battle took place at Guwahati on the Saraighat of the Brahmaputra River. Mahavir Lachit Barphukan often defeated the Mughals. Not only that, but he liberated Guwahati from Mughal rule. Which Aurangzeb’s army seized. The Mughals were driven out of Guwahati by Barphukan.

Every year on November 24th, Assam celebrates Lachit Diwas to honour this triumph. According to the PMO, Lachit Borphukan motivated Assamese soldiers in the 1671 Battle of Saraighat, which culminated in a crushing and humiliating defeat for the Mughals. The PMO further stated that “this fight waged by Lachit Borphukan and his troops is one of the most inspiring military feats of resistance in our country’s history.”