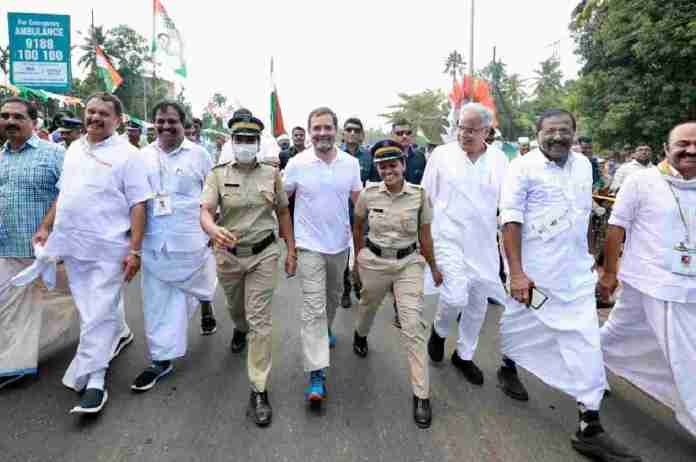 Wrote the Congress leader on Twitter: “Three party workers involved in an unacceptable incident in Kollam have been suspended with immediate effect. They do not represent our ideology and such behaviour is inexcusable.”

Taking the opportunity to aim at other political outfits, Sudhakaran said the Congress is taking only donations ‘unlike others’.

He said, “The party is crowdfunding small donations voluntarily unlike others who get corporate donations.”

The convoy of former Congress president Rahul Gandhi on Friday resumed its ‘Bharat Jodo Yatra’ in Kerala from Kollam. During the ‘yatra’, Gandhi met his supporters and locals.