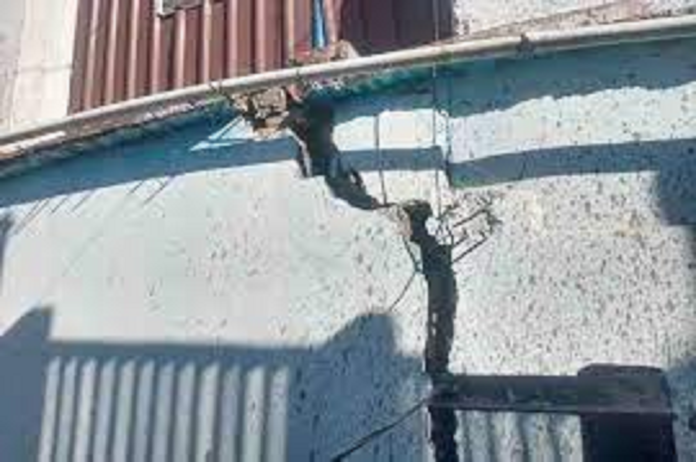 66 families have reportedly left Joshimath as of right now as a result of the appearance of cracks in the dwellings. “Now that fissures in Singhdhar and Marwadi are beginning to grow, this process has begun. Cracking is ongoing on Badrinath NH next to the Singhdhar Jain neighbourhood and at JP Company Gate in Marwadi, close to the checkpoint for the forest department. Worryingly, this crack is growing larger by the hour “said Shailendra Pawar, chairman of the Joshimath Municipal Council.

According to Joshimath, the chairman of the City Board, as many as nine residences in Marwadi have reported cracks, and at the same time, cracks have begun to emerge in most of the ward’s public roads. In JP Colony, Marwadi ward of Joshimath, the District Disaster Management Department has also documented instances of water seepage from underground.

People are having a lot of trouble walking because of the growing number of cracks on all the main roads in Sunil Ward, according to Shalendar Panwar.

District Magistrate Chamoli has assigned Joint Magistrate Deepak Saini to Joshimath as a result of the ongoing ground sinking there.

The district’s residents will be saved, Uttarakhand Chief Minister Pushkar Singh Dhami promised earlier in the day in response to reports of soil sinking in Joshimath and cracks appearing in many of the town’s homes.

CM Dhami will shortly visit Joshimath to assess the situation and take the appropriate steps. The assertion is made against a background of allegations of significant fissures developing in local homes as a result of land subsidence, also referred to as the vertical sinking of land.

“In the upcoming days, I will travel to Joshimath to start handling the problem. Every report will be watched, and all necessary actions will be done. To track the state of the district, I spoke with Shailendra Pawar, the chairman of the Municipal Corporation “CM Pushkar Singh Dhami made this statement to ANI.