Joshimath subsidence: ‘Everything important can’t come to SC,’ next hearing on Jan 16 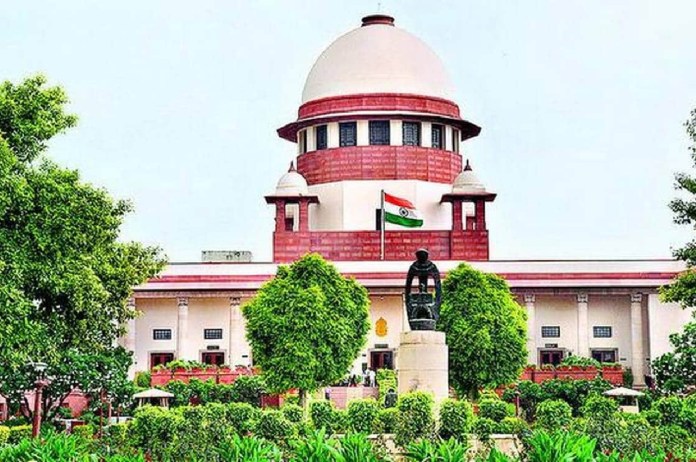 New Delhi: The Supreme Court on Tuesday refused to entertain an urgent hearing on plea regarding the Joshimath sinking incident saying that “everything important in the country can’t come to the apex court.”

“Everything which is important need not come to the apex court. There are democratically elected institutions working on it,” the top court said.

This comes in a wake of a landslide and subsidence in the holy town of Joshimath in Uttrakhand where people are living in fear after such incidents were reported.

Earlier on Monday, the Supreme Court asked an advocate to mention on Tuesday a plea seeking immediate intervention by the top court to assist the reparation and providing of urgent relief to people of Joshimath in Uttarakhand, who are living in fear in the wake of

The plea was filed by Swami Avimukteshwaranand Saraswati, a religious leader, seeking a direction to declare the current incidents of landslide, subsidence, land sinking, land burst and cracks in the land and properties as a national disaster and direct the National Disaster Management Authority to support the residents of Joshimath at this time.

Several families were evacuated from Joshimath after cracks appeared in their houses in the wake of the subsidence.

The petition sought to provide immediate financial assistance and compensation to the people of Uttarakhand, who have lost their houses and land to subsidence.

“In the name of and/or for the cause of development the respondents have no right to push the people in the mouth of death and the religious sacred town in extinction and thereby infringe the fundamental right of the people of the Joshimath including the petitioner as well as inmates of his Monastery guaranteed under article 21, 25 and 26 of the Constitution of India,” it stated.