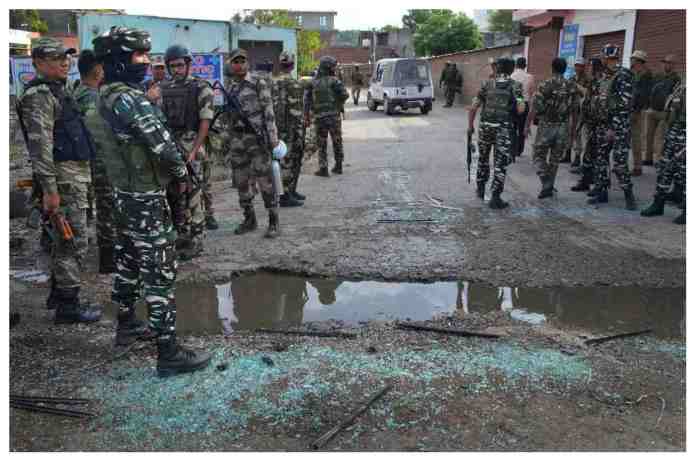 Aasif Suhaf, Srinagar: Two terrorists attempting to carry out a suicide attack on an Indian Army camp were killed in retaliatory action by while three soldiers attained martyrdom at the Pargal area of Rajouri district in Jammu and Kashmir early on Thursday.

One Indian Army officer is also among the injured and has been rushed for medical treatment.

“16 Corps Commander Lt General Manjinder Singh is constantly monitoring the situation on the ground. The area is being sanitised,” Indian Army officials said.

Officials told News24 that two terrorists were detected while trying to sneak into a post in the dark at Pargal, Rajouri. They were engaged in a gunfight by alert soldiers.

“The terrorists have been neutralized while three soldiers lost life and two had suffered injuries and are being treated,” officials said.

Defence officials told news agencies that “In a terrorist attack 25 km from Rajouri, two terrorists carried out a suicide attack on an Indian Army company operating base. Both terrorists have been killed while three own troops have lost their lives. Operations in progress.”

Earlier, ADGP Jammu Mukesh Singh had said that someone tried to cross the fence of the Indian Army camp at Pargal in Darhal area of Rajouri.

“Exchange of fire took place. Additional parties dispatched to the area 6 km from Darhal. Two militants have been killed,” he said.

Officials said that the gunfight is over now but the operation is in progress to check if there are other terrorists hiding in the nearby area.