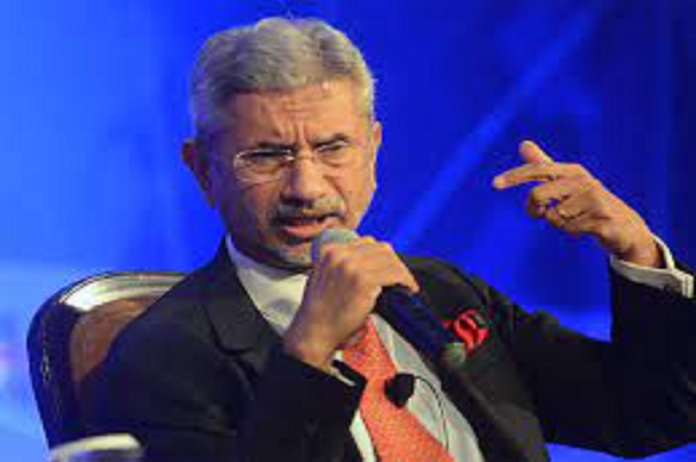 New Delhi: External Affairs Minister S Jaishankar on Saturday said despite the UN Security Council’s (UNSC) best efforts to combat the “gravest threat to humanity”, the global threat of terrorism is growing and expanding, particularly in Asia and Africa.

While addressing the UNSC’s meeting of the Counter-Terrorism Committee, Jaishankar said, “Terrorism remains the gravest threat to humanity. The UN Security Council in the past two decades has evolved an important architecture built, primarily around the counter-terrorism sanctions regime to combat this menace. This has been very effective in putting the countries on notice that had turned terrorism into a state funded enterprise.” “Despite this, the threat of terrorism is only growing and expanding, particularly in Asia and Africa, as successive reports of 1267 sanctions committee monitoring reports have highlighted,” he further said.

Being a relatively low-cost option, with an increasing ease of accessibility, misuse of these unmanned aerial platforms for this nefarious purposes by terrorist groups such as weapons & explosives delivery and targeted attacks have become an imminent danger: EAM Dr S Jaishankar pic.twitter.com/dmN751Vr9Q

The United Nations Security Council’s two-day anti-terrorism summit is being held in India (UNSC). The Counter-Terrorism Committee meeting is now taking place in Delhi, and India is the committee’s chair (CTC).

The importance that the UNSC member nations and a wide variety of stakeholders regard on this crucial and newly emerging aspect of terrorism is demonstrated by the CTC members’ attendance in Delhi at the special meeting, according to Jaishnkar.

EAM Jaishankar continued, “That the council is holding this special meeting of its counter-terrorism meetings in India, is also a product of the fact that counterterrorism has become one of the top priorities during our ongoing tenure in the securitycouncil.”

In order to highlight the negative aspects of developing technology, Jaishnakar claimed that blockchains, encrypted message services, and virtual private networks have all presented new difficulties for governing bodies and regulatory agencies.

The minister stated that given the basic nature of some of these technologies and the developing regulatory environment, “the technologies have also brought up new issues for governments and regulatory agencies due to their potential vulnerability for their exploitation by non-state actors.”

“Terrorist organisations, ideological allies, especially in open and liberal nations, and lone wolf attacks have recently improved their capabilities by getting access to technology. They assault freedom, tolerance, and development using technology, money, and the ethos of open societies “Added he.

In addition, Jaishankar claimed that social media and internet platforms have developed into effective weapons in the arsenals of terrorist and militant organisations for disseminating disinformation, radicalization, and conspiracy theories intended to undermine societies.

He continued, “The use of unmanned aerial systems by terrorist groups and organised criminal networks is another add-on to the existing worries for governments throughout the world.