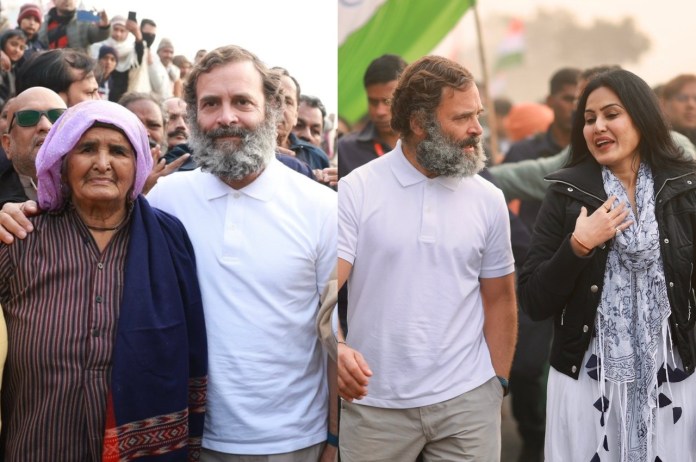 New Delhi: Indian Shooter Prakashi Tomar on Wednesday joined the Bharat Jodo Yatra to walk alongside with former Congress chief Rahul Gandhi. Prakashi Tomar from Johri village of Uttar Pradesh’s Baghpat district is one of the oldest sharpshooters in the world.

Prakashi Tomar from Johri village of Uttar Pradesh's Baghpat district is one of the oldest sharpshooters in the world.

Earlier in the day, TV actoress Kamya Shalabh Dang aka Kamya Punjabi also joined the footmarch. Kamya is also a Congress leader who joined the party in 2021 in Mumbai.

The footmarch on Tuesday has resumed from Kashmiri Gate in Delhi after a nine-days long break. The yatra will enter Uttar Pradesh today.

Senior Congress leader Priyanka Gandhi Vadra on Tuesday said that she does not fear about his brother and party’s former chief Rahul Gandhi’s securtiy because he is wearing a “shield of truth”.