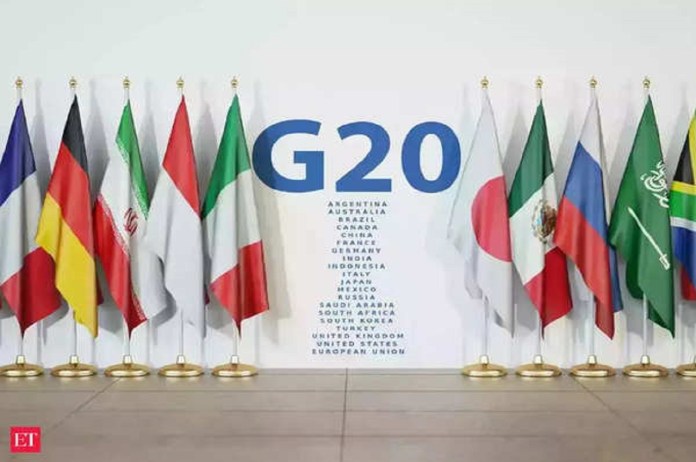 New Delhi: India is scheduled to host the G20 leaders’ summit in New Delhi on September 9 and 10 in 2023 under its Presidency, the Ministry of External Affairs (MEA) announced Tuesday.

“The G20 Leaders’ Summit at the level of Heads of State/Government is scheduled to be held on 09 and 10 September 2023 in New Delhi,” the official statement said.

India will assume the presidency for G20 for one year from December1, 2022 to November 30, 2023, and is expected to host over 200 meetings across the country, beginning in December this year.

Collectively, the G20 accounts for 85% of global GDP, 75% of international trade and two-thirds of the world population, making it the premier forum for international economic cooperation.

During our Presidency, India, Indonesia and Brazil would form the troika, the MEA said, adding that this would be the first time when the troika would consist of three developing countries and emerging economies, providing them a greater voice.

In addition to G20 Members, there has been a tradition of the G20 Presidency inviting some Guest countries and International Organizations (IOs) to its G20 meetings and Summit.