India hands over 200 vehicles to Nepal to conduct elections 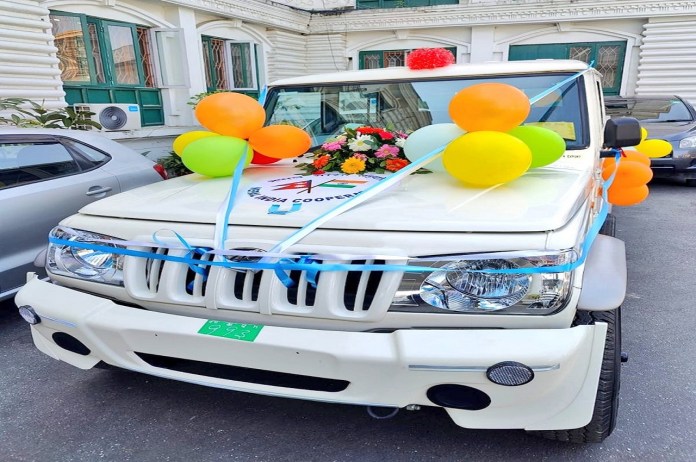 Kathmandu: India on Tuesday handed over 200 vehicles to Nepal for logistical support to various Nepali institutions for conducting upcoming federal and provincial elections.

On behalf of the Indian government, the country’s Ambassador to Nepal Naveen Srivastava handed over 200 vehicles to Nepal Finance Minister Janardan Sharma as a gift from India for logistical support.

On behalf of Govt of 🇮🇳, Amb Mr. Naveen Srivastava handed over 200 vehicles to 🇳🇵 Finance Minister @JSPrabhakar, as a gift of 🇮🇳 for logistical support to various institutions of Nepal for conduct of elections.@MEAIndia #IndiaNepalFriendship @SherBDeuba@MofaNepal@moha_nepal pic.twitter.com/hWakInaoWg

On the occasion, Finance Minister Sharma thanked the Government and people of India for their continued support in the form of development partnership with Nepal, including the gifting of these vehicles, local media reports.

India has been extending support in the form of vehicles as per the request of the Government of Nepal in previous years as well.