I will meet him, hug him but can’t accept Varun Gandhi’s ideology: Rahul Gandhi 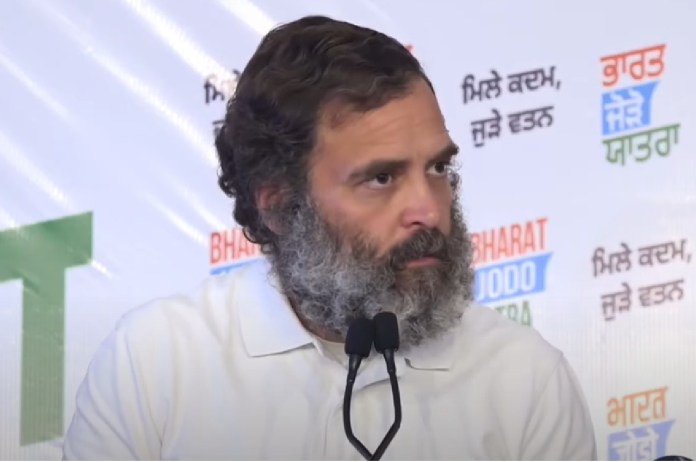 Hoshiarpur (Punjab): Former Congress chief Rahul Gandhi on Tuesday said that he can never accept the ideology that his cousin and Bharatiya Janata Party (BJP) leader Varun Gandhi has chosen.

This came while Rahul Gandhi was addressing a press conference in Punjab’s Hoshiarpur where he is leading the Bharat Jodo Yatra.

“Few years ago, Firoz (Varun Gandhi) told me that RSS is working for nation’s development. Then, I asked him to read our family history. I said you would not have said this, if you have known our family history,” said Rahul Gandhi.

The Wayanad MP aimed at the Bharatiya Janata Party (BJP) accusing them of capturing all institutions of India including the media.

Responding to a question asking how would media look like if Congress comes to power. He said, “I never said “Godi Media”, it’s not my phrase. I said that the media is being controlled. Congress’ philosophy is of a free media. We (Congress) do not have a capabilty to control the media. We want a fair media.”

Rahul Gandhi also accused the saffron party of growing economic distress, unemployment and price rise, saying that these all will “deal a ‘severe blow’ to BJP, that is abundantly clear.”