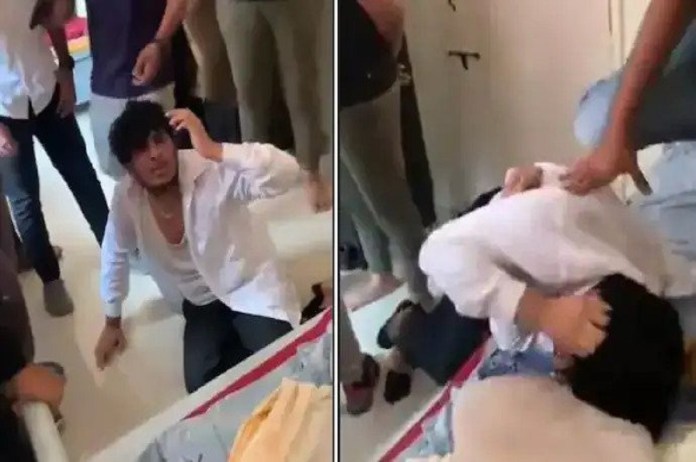 New Delhi: The National Human Rights Commission (NHRC) on Tuesday issued notices to the Telangana government, the Union Education Ministry and UGC over an alleged incident of ragging and assault at a Hyderabad college.

The Commission has also issued a notice to the Chief Secretary of Telangana calling for a report within six weeks in the matter.

“It should include an action taken report, along with the reasons for the prima facie failure of the institution to take adequate steps to prevent ragging in accordance with the University Grants Commission, UGC regulation, and the steps taken or proposed to be taken to punish the perpetrators of the incident of ragging, its abettors and sympathizers by attracting punitive action under the UGC Act,” the NHRC said in a statement.

National Human Rights Commission, NHRC has taken suo motu cognizance of reports that a 1st-year student of BBA LLB at IBS College hostel in Shankarpally, Hyderabad was ragged, brutally assaulted and compelled to raise religious slogans by a group of students on 1st November. pic.twitter.com/llpCqSxcJq

The Commission took suo motu cognizance of media reports that a 1st year student of BBA LLB at IBS College hostel in Shankarpally, Hyderabad was ragged, brutally assaulted and compelled to raise religious slogans by a group of students on 1st November, 2022, it said.

Reportedly, the victim approached the college management but they did not react promptly. A case was registered by the police only on 11th November, 2022 on a complaint by e-mail sent by the victim.

The Commission has observed that the contents of the media reports, if true, amount to human rights violations of the victim due to sheer negligence, lack of supervision and inherent failure of the college administration to ensure the safety and security of each and every student within the campus of IBS College, the statement added.

A notice was also issued to the Director General of Police, Telangana, regarding the status of the criminal case registered against all the assailants and teaching / non-teaching staff of the college concerned as reported in the news report.

Further, a notice has been sent to the Secretary, Union Ministry of Education as well as the Secretary, UGC to submit reports regarding the effective implementation of the recommendations of the Raghavan Committee on “The Menace of Ragging in Educational Institutions and Measures to curb it” , affirmed by the Supreme Court of India for educational institutions across the country, the NHRC said.

Eight arrested in the case

Eight students of the collage have been arrested in the connection with the alleged incident of the ragging. While five were arrested earlier, three were arrested and sent to jail on Monday, police said.

Efforts were on to nab two more accused students.

In the same case, nine members of the school’s administration have been booked for their alleged inaction in responding to the incident, police said, news agency PTI reported, adding that efforts were on to nab two more accused students.