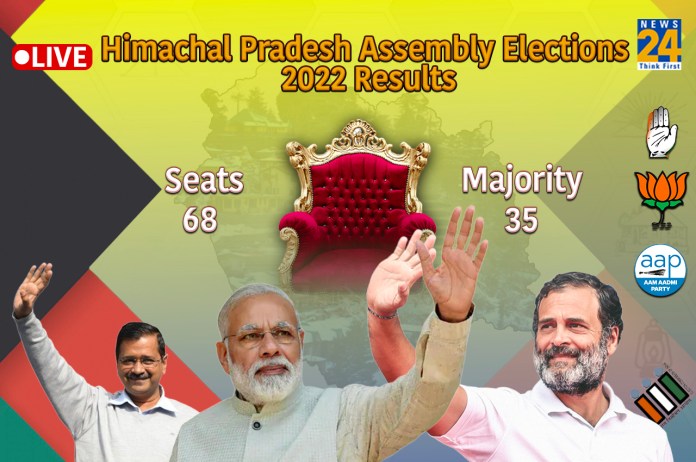 Himachal Election Result 2022 LIVE: Counting of votes in the Gujarat and Himachal Pradesh Assembly elections has begun. According to the early trends in Gujarat, the BJP appears to be gaining ground. In Himachal, though, the race has tightened.

The Congress appears to be ahead on 37 seats, with the BJP on 28. EVM findings will be available soon. At the moment, the Aam Aadmi Party’s account is not viewable here. Others perceive an advantage in having two seats. Himachal Pradesh has 68 seats, and a majority of 35 is required to establish a government. Himachal Pradesh now has a BJP government. Power shifts every five years in this country. Since 1985, it appears that authority has shifted every five years. 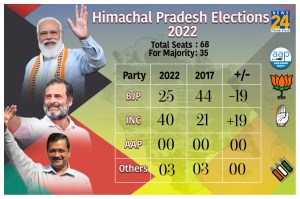 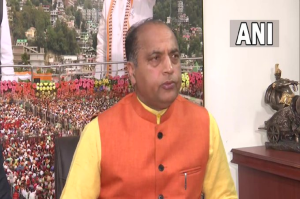 Who will be the CM?

#WATCH | Congress party workers celebrate in Shimla after Congress crosses the majority mark of 35 seats in Himachal Pradesh amid the ongoing counting of the votes in the state.#HimachalPradeshElections pic.twitter.com/1TklhepVnU

The majority mark is 35 here. pic.twitter.com/TSKTjY8GVQ

According to News-24 and Today’s Chanakya exit polls in Himachal Pradesh, the BJP and the Congress are in a close race. The BJP and Congress were expected to win 33-33 seats in Devbhoomi. While the Aam Aadmi Party appears to have a long wait in the exit polls. On November 12, there was only one phase of voting. The people of the state voted by pressing the EVM button to determine the fate of their leader.