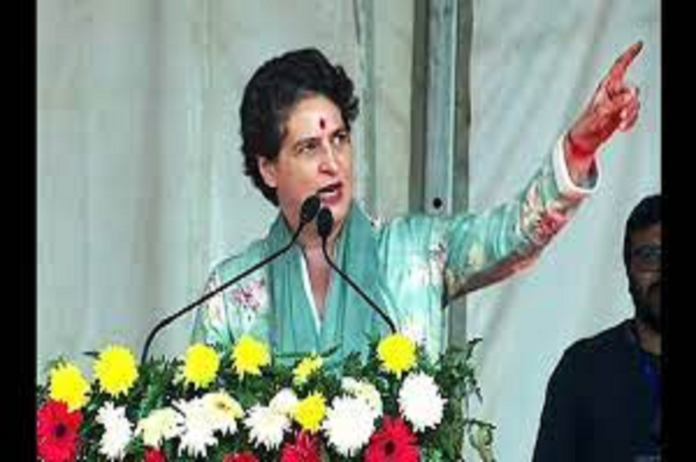 New Delhi: Congress leader Priyanka Gandhi Vadra Friday asserted that the grand-old party will cancel the Army recruitment scheme “Agnipath” once it comes to power in the Himachal Pradesh. The state is bound to undergo Assembly elections on November 12.

“We will cancel the Agnipath scheme when our government will be formed at the centre. What we promise, we fulfill that. In Chhattisgarh, we promised farmer’s loan waiver and it was implemented,” said Vadra.

Priyanka Gandhi said the ‘Agnipath’ is clearly an insult to the martyrs of Himachal. “Army will now run on contract,” she added.

“I understand the spirit of Himachal people who belong to Veer Bhoomi as I have myself lost my father to terrorism,” added the Congress leader.

The Congress leader who has been holding a number of rallies in the hill state lately claimed that the Congress stands on its commitments citing Chhattisgarh’s loan waiving scheme.

Priyanka Gandhi also said that the Congress had restored Old Pension System in Chhattisgarh as well as in Rajasthan and it will do the same in Himachal. “BJP has money to waive off loans of its rich friends but not give pension to employees,” alleged Priyanka Gandhi Vadra.

Gandhi was speaking at a party rally in Nagrota Bagwan assembly constituency of Kangra district today.

The polls will be held on a total number of 68 constituencies. Congress, Bharatiya Janata Party (BJP) and also Aam Aadmi Party (AAP) have entered a strong competition in the hill state.