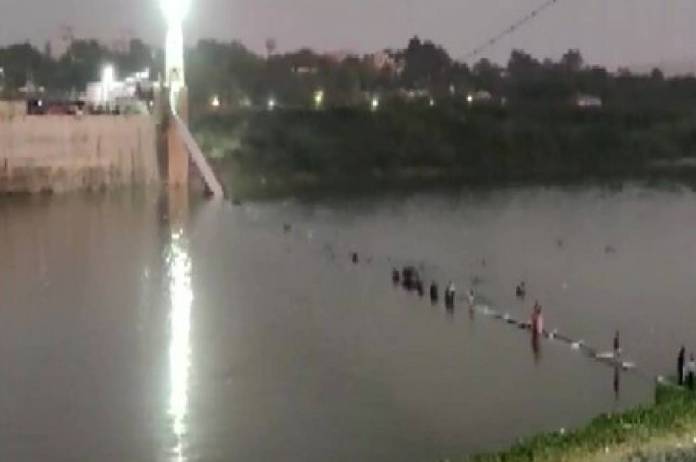 Ahmedabad: The Gujarat High Court Thursday asked the state government to submit a report of the Special Investigation Team’s (SIT) investigation in the Morbi Tregedy.

“The government should submit the progress report of the investigation of the Special Investigation Team (SIT) and the report on the compliance of the earlier orders of the High Court by January 19,” the Court said in its order on Wednesday.

On Wednesday, the court issued a notice to the owner of Overa group regarding the mishap at the Morbi bridge, seeking a response. The Gujarat High Court also reprimanded the Morbi municipality for demanding time ‘to defend carelessness’.

The court warned the Municipality of strict action if any case of carelessness is established on its part.

As many as 134 persons lost their lives after a century-old suspension bridge fell into the Machchhu River of Morbi, Gujarat.

The Gujarat High Court on November 7 took suo motu cognisance of the Morbi accident, issuing notices to officials, including those of the Home department and seeking a report within a week.

“We expect strict action from the state government,” the HC observed.

Read More :-  COVID-19: TAJ MAHAL ON ALERT, NO ENTRY FOR TOURISTS WITHOUT TESTING

The Supreme Court in November said the Morbi bridge collapse incident was an ‘enormous tragedy’, as it asked the Gujarat High Court, which was already holding hearings in the matter suo motu, to hold periodical hearings.