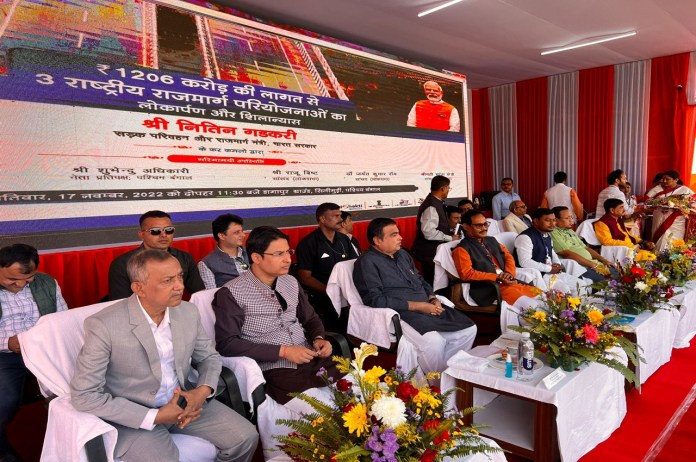 “It will help to reduce accidents due to improved safety features and bring down travelling distance and time,” he added.

The travelling time in Siliguri currently takes 2 hours due to traffic jam but after its completion, this journey would be reduced to 10 minutes, Gadkari tweeted.

The minister said the development of these projects will lead to industrial & economic growth in West Bengal as well as eastern parts of India with significant inroads towards agricultural sector.

Giving a major fillip to traffic decongestion in Siliguri, the foundation Stone was laid today for the development to 4/6-lanning of NH-31 (New NH-10) with both side service roads from km 569.258 to km 581.030 (end of AH-02 project on NH- 31 near Shivmandir to Sevoke Army Cantonment).

It would boost connectivity to North Eastern India & neighbouring countries like Nepal, Bhutan, and Bangladesh.