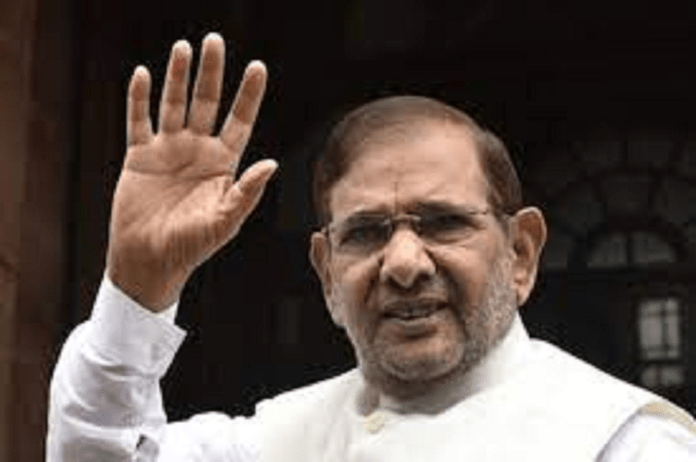 Sharad Yadav, a former Union Minister and one of the country’s most renowned socialist leaders, died this evening. The 75-year-old had been ill for some time before collapsing at his residence in Delhi on Thursday. According to a statement from Gurugram’s Fortis Memorial Research Institute, where he was immediately transferred, Mr Yadav was brought to the emergency department unconscious and unresponsive.

He was elected to the Lok Sabha seven times and served three terms in the Rajya Sabha. He left the ruling Janata Dal United after Chief Minister Nitish Kumar terminated the Grand Alliance and joined up with the BJP.

In 2018, he founded his own party, the Loktantrik Janata Dal, but merged it with Lalu Yadav’s Rashtriya Janata Dal two years later, saying it was the “first step towards a united opposition”.

Veteran leaders of the political world have expressed grief over the demise of Sharad Yadav, who had a distinct identity in politics. PM Modi tweeted and said- Very saddened by the demise of Sharad Yadav ji. In his long public career, he distinguished himself as a parliamentarian and minister. He was greatly influenced by the ideals of Dr. Lohia. I will always cherish our conversation. Condolences to his family and fans, peace.

Pained by the passing away of Shri Sharad Yadav Ji. In his long years in public life, he distinguished himself as MP and Minister. He was greatly inspired by Dr. Lohia’s ideals. I will always cherish our interactions. Condolences to his family and admirers. Om Shanti.

Lok Sabha Speaker Om Birla also condoled the demise of Sharad Yadav. He wrote- Condolences on the demise of senior politician, former MP Sharad Yadav. He was a great socialist leader with extraordinary talent who dedicated his life to remove the pain of the underprivileged and exploited. His death is a great loss to the socialist movement. My condolences to the family members.

Misa Bharti tweeted and said- Today the strong voice of socialism has definitely calmed down, but it will always shine in our memories as an inspiration! Tearful emotional tribute to respected Sharad Yadav ji.