Encounter breaks out between security personnel, terrorists at J&K’s Budgam 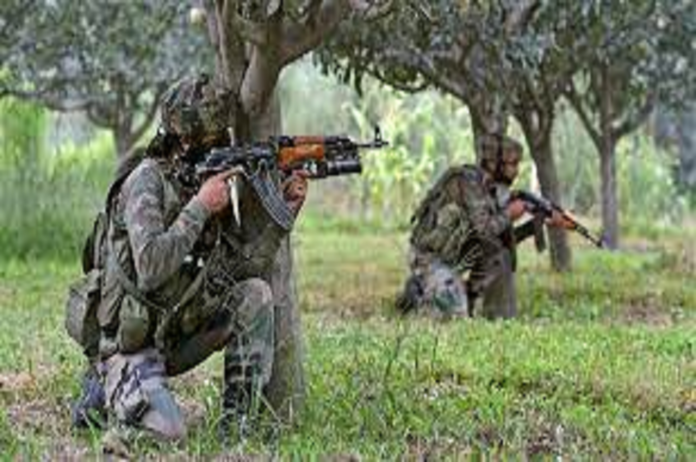 Asif Suhaf, Srinagar: An encounter broke out between security personnel and terrorists in Budgam on Tuesday morning. While taking action, the soldiers have killed two terrorists. It is being said that two civilians were also injured in the firing by the terrorists.

According to information, the incident took place near the court complex in Budgam. Seeing the security forces, the terrorists suddenly opened fire. After this, the jawans retaliated and killed two terrorists.

#Encounter has started at Redbugh, Magam area of #Budgam. Police and security forces are on the job. Further details shall follow.@JmuKmrPolice

According to the latest information, the encounter incident took place near the court complex in Budgam district of Jammu and Kashmir. Seeing the army and security personnel, the terrorists suddenly opened fire. After this, the soldiers and Jawans retaliated and killed two hardcore terrorists.

J&K | Police and Army cordoned off the area in Budgam after gunshots were heard in the area; efforts are underway to nab the terrorists.

After the news of the encounter between security forces and terrorists, top police officers and other security force officers as well as army officers reached the spot. At present, a search operation is being carried out by cordoning off the area.

Jammu and Kashmir Police issued a statement saying that two terrorists were killed in retaliatory firing after a joint area control party of the army and police tried to intercept a suspicious vehicle in Budgam district. Arms and ammunition have been recovered from the terrorists.

According to the ADGP of Kashmir, the two slain terrorists have been identified as Arbaz Mir and Shahid Sheikh of Pulwama, who were associated with banned terror outfit Lashkar. Both the terrorists had earlier escaped from the recent encounter.

Two terrorists killed in retaliatory firing after they fired on joint area domination party of Army & Police as it tried to stop a suspected vehicle in Budgam district. Arms & ammunition recovered.